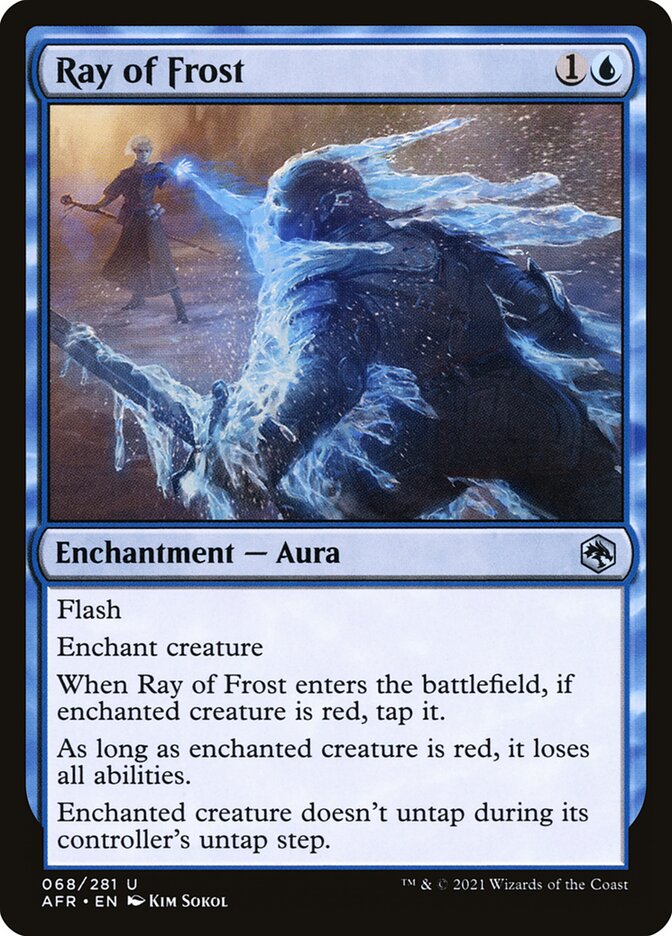 Text of card Ray of Frost

Rules and information for Ray of Frost

If the enchanted creature is red and has a characteristic-defining ability that specifies its types or colors, that ability will still have its effect because it's applied before the creature loses the ability.

Some noncreature permanents, such as Grand Master of Flowers, become creatures because of a static ability they have. If Ray of Frost becomes attached to such a creature and that creature is red or becomes red, that permanent will remain a creature even though it loses the ability that is making it a creature after that ability applies.