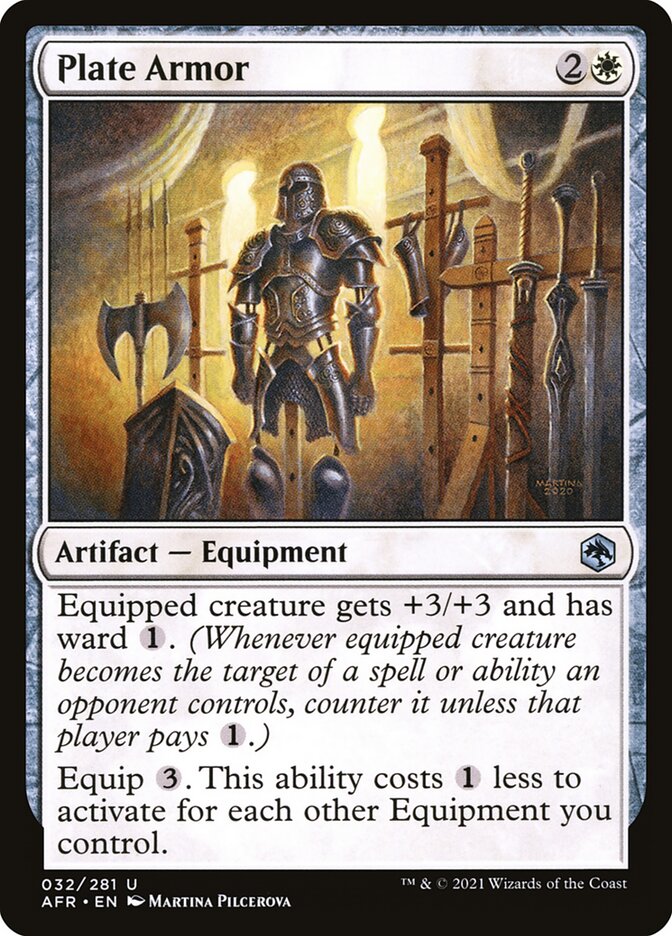 Equipped creature gets +3/+3 and has ward . (Whenever equipped creature becomes the target of a spell or ability an opponent controls, counter it unless that player pays .) Equip {3}. This ability costs less to activate for each other Equipment you control.

Rules and information for Plate Armor

If a creature with ward is equipped with Plate Armor, becoming the target of a spell or ability an opponent controls will cause both ward abilities to trigger.