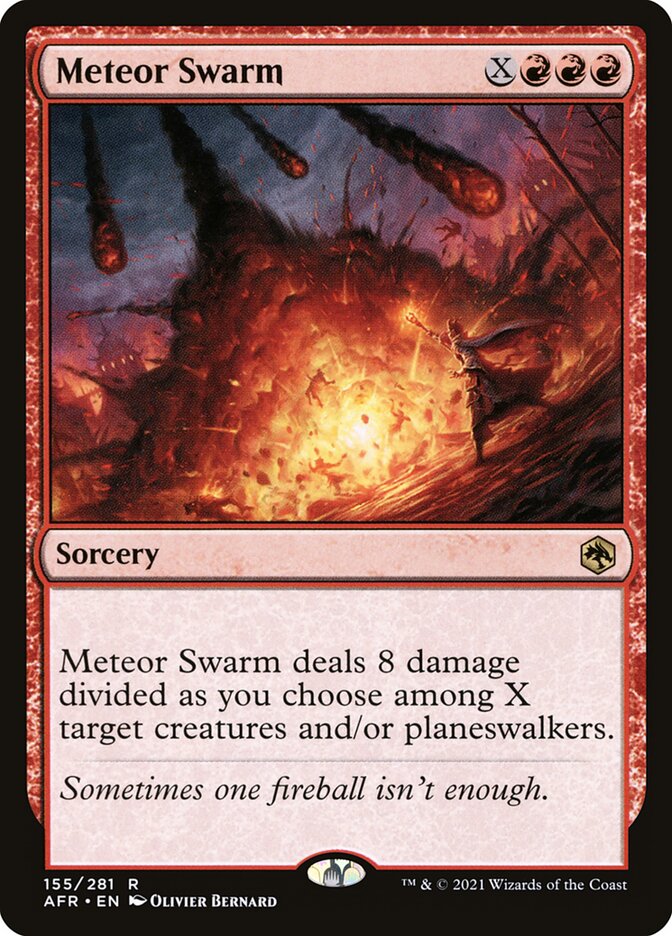 Rules and information for Meteor Swarm

You divide the damage as you cast Meteor Swarm. Each target must be assigned at least 1 damage. Because there is a maximum of eight targets, X can't be greater than 8.

If Meteor Swarm has one or more targets, and some (but not all) of them are illegal as Meteor Swarm tries to resolve, the amount of damage dealt to the remaining legal targets doesn't change. If all targets become illegal, Meteor Swarm won't resolve.