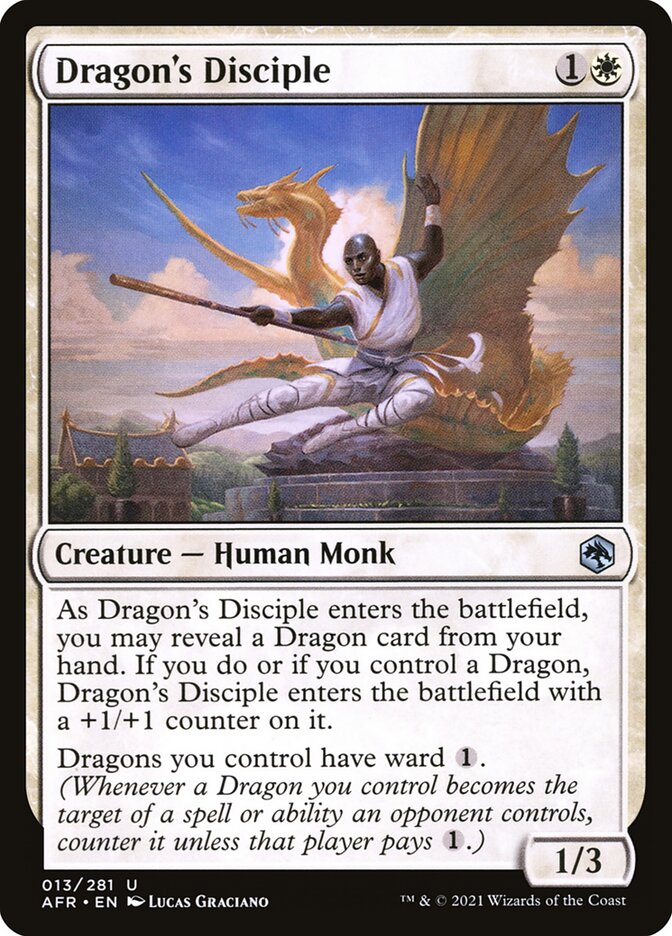 Rules and information for Dragon's Disciple

Revealing a Dragon card happens as Dragon's Disciple resolves. It is not an additional cost for casting the spell.

If you choose to reveal a Dragon card from your hand and also control a Dragon, Dragon's Disciple still only gets a single +1/+1 counter.