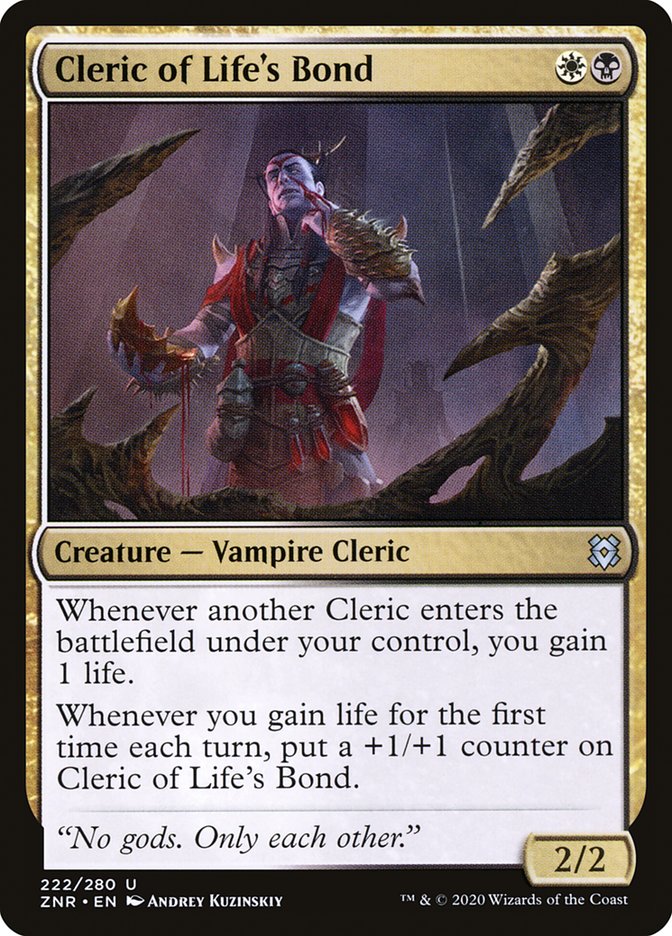 Whenever another Cleric enters the battlefield under your control, you gain 1 life. Whenever you gain life for the first time each turn, put a +1/+1 counter on Cleric of Life's Bond.

"No gods. Only each other."

Rules and information for Cleric of Life's Bond

An ability that triggers “whenever you gain life” triggers just once for each life-gaining event, no matter how much life you gain.

If you gain an amount of life “for each” of something, that life is gained as one event and the ability will trigger only once.

In a Two-Headed Giant game, life gained by your teammate won’t cause the ability to trigger, even though it caused your team’s life total to increase.