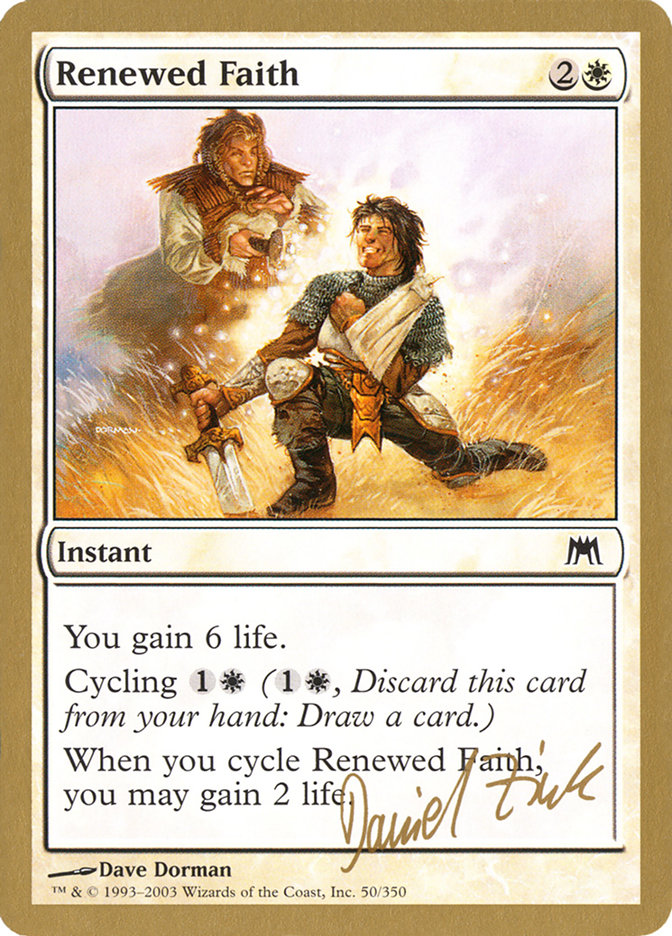 You gain 6 life. Cycling (, Discard this card: Draw a card.) When you cycle Renewed Faith, you may gain 2 life.

Rules and information for Renewed Faith

Some cards with cycling have an ability that triggers when you cycle them. These triggered abilities resolve before you draw from the cycling ability.

Triggered abilities from cycling a card and the cycling ability itself aren’t spells. Effects that interact with spells (such as that of Cancel) won’t affect them.

There are many important moments in the story, but the most crucial—called “story spotlights”—are shown on cards. These cards have the Planeswalker symbol in their text box; this symbol has no effect on gameplay. You can read more about these events in the official Magic fiction at http://www.mtgstory.com.