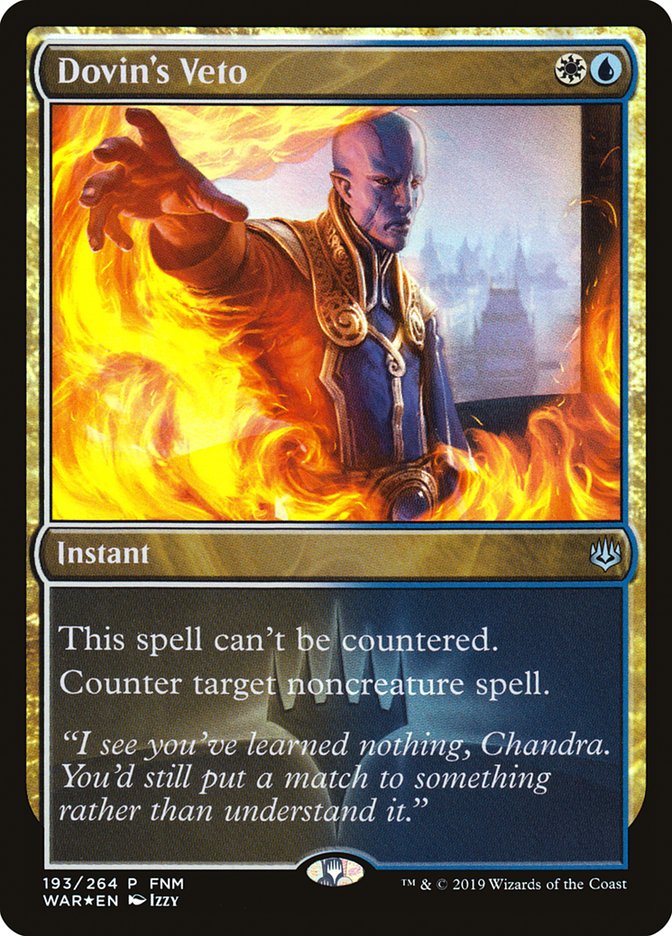 "I see you've learned nothing, Chandra. You'd still put a match to something rather than understand it."

Rules and information for Dovin's Veto