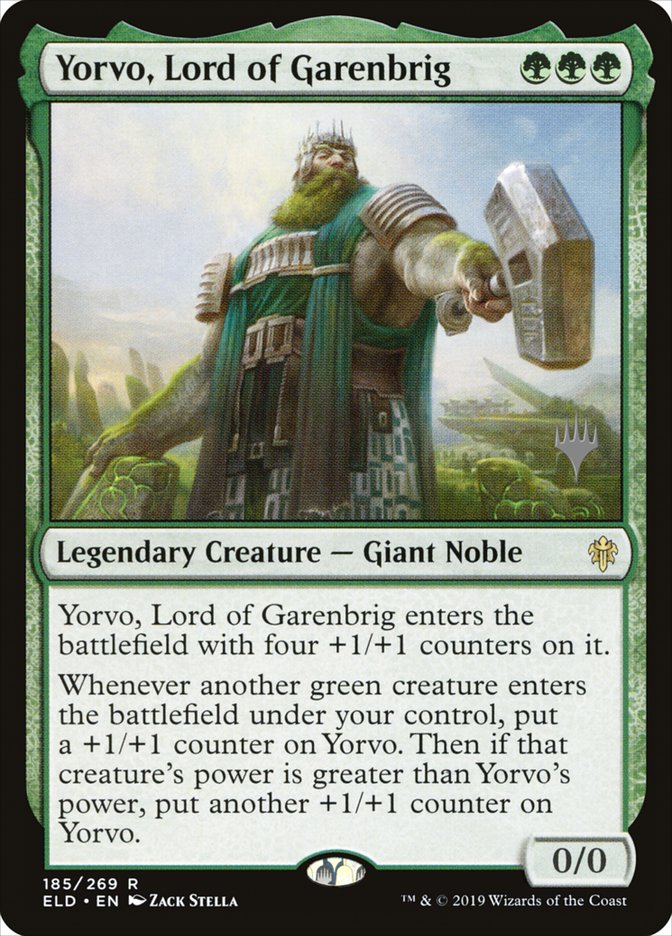 Yorvo’s triggered ability compares the power of the entering green creature only after putting a +1/+1 counter on Yorvo. If that counter causes Yorvo’s power to be greater than or equal to the entering creature’s power, it won’t get a second +1/+1 counter.

If the entering green creature dies before Yorvo’s triggered ability resolves, use its power as it last existed on the battlefield to determine whether Yorvo gets a second +1/+1 counter.