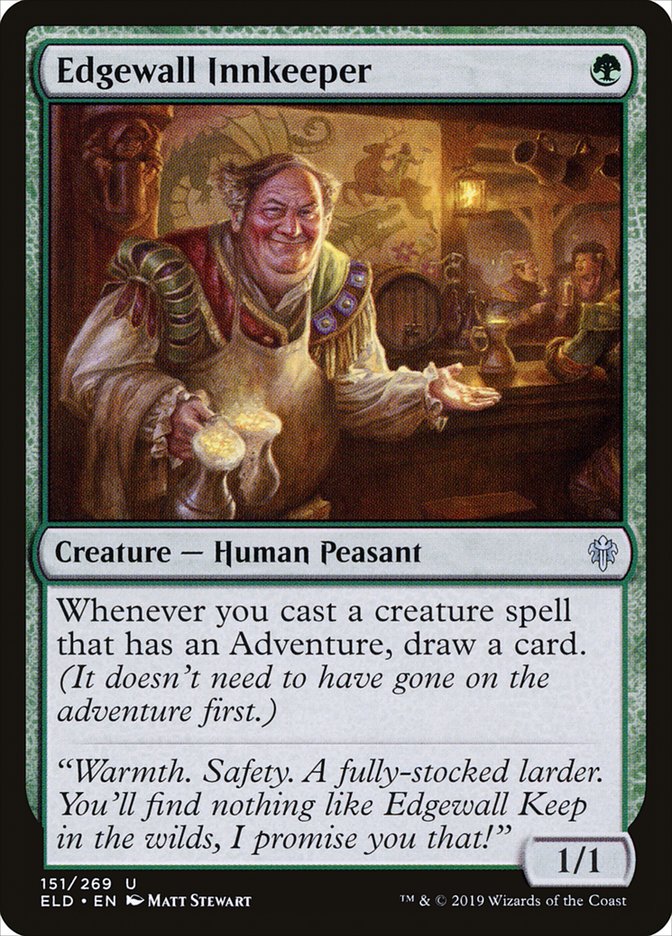 Whenever you cast a creature spell that has an Adventure, draw a card. (It doesn't need to have gone on the adventure first.)

"Warmth. Safety. A fully-stocked larder. You'll find nothing like Edgewall Keep in the wilds, I promise you that!"

Rules and information for Edgewall Innkeeper

Edgewall Innkeeper’s ability resolves before the spell that caused it to trigger. It resolves even if that spell is countered.

If an effect refers to a creature card, creature spell, or creature that has an Adventure, it won’t find an instant or sorcery spell on the stack that’s been cast as an Adventure.