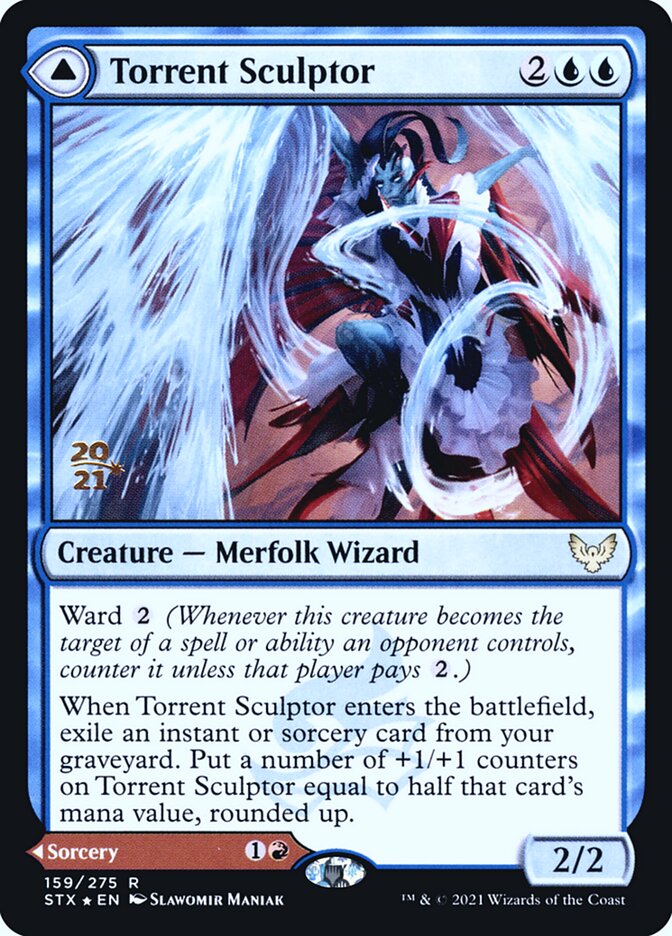 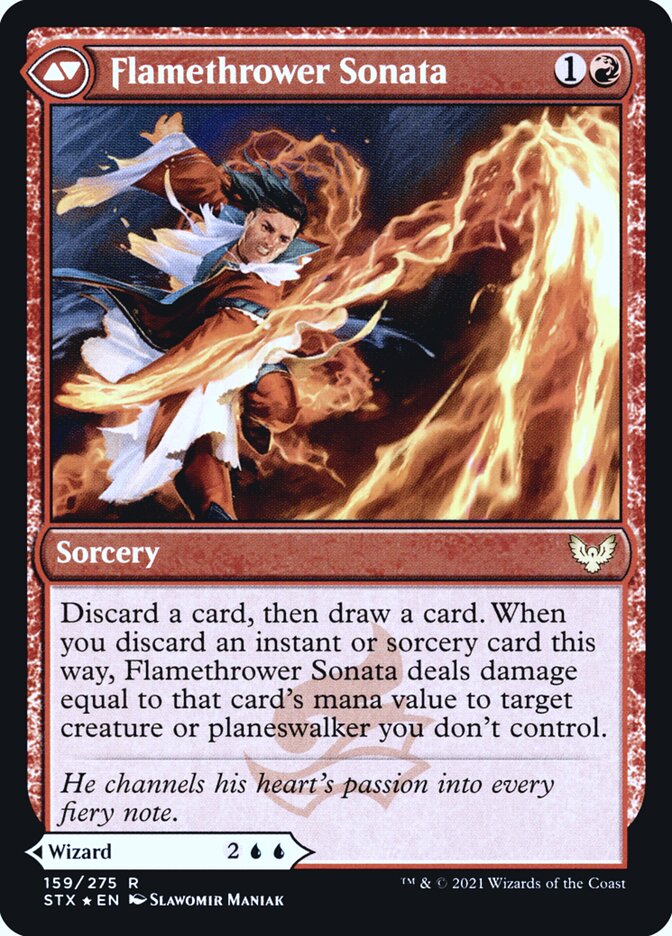 Ward {2} (Whenever this creature becomes the target of a spell or ability an opponent controls, counter it unless that player pays {2}.) When Torrent Sculptor enters the battlefield, exile an instant or sorcery card from your graveyard. Put a number of +1/+1 counters on Torrent Sculptor equal to half that card's mana value, rounded up.

You choose which instant or sorcery card to exile as Torrent Sculptor’s enters-the-battlefield ability resolves. You must exile one if able.

Flamethrower Sonata goes on the stack without a target. While it is resolving, you discard a card, then draw a card. When you discard an instant or sorcery card this way, the reflexive triggered ability triggers and you pick a target to be dealt damage. This is different from effects that say “If you do . . .” in that players can respond to the triggered ability knowing how much damage will be dealt.

If you have no cards in hand as Flamethrower Sonata resolves, you won’t be able to discard a card, but you will draw a card. No damage will be dealt.