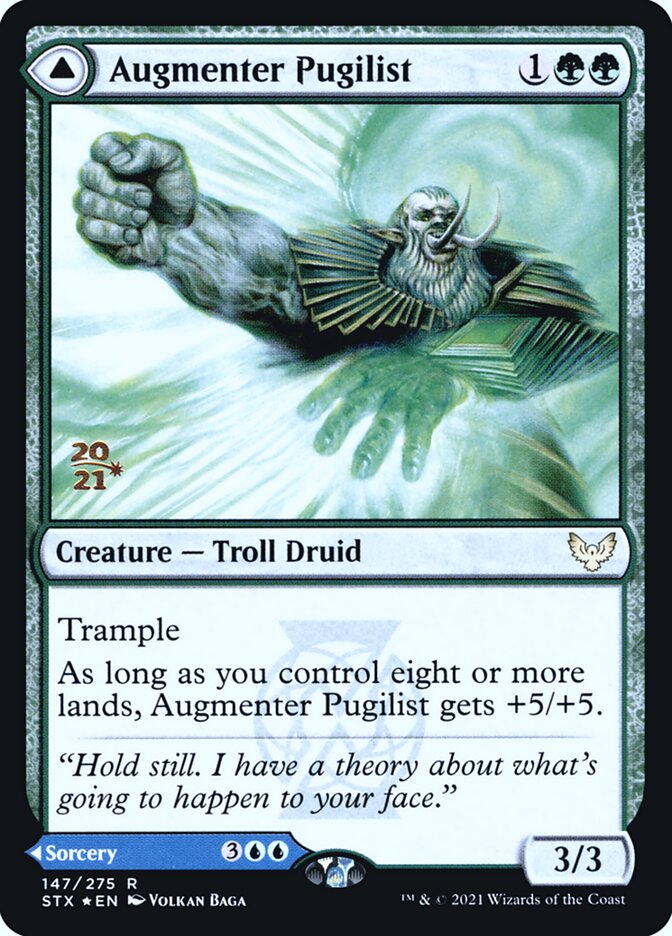 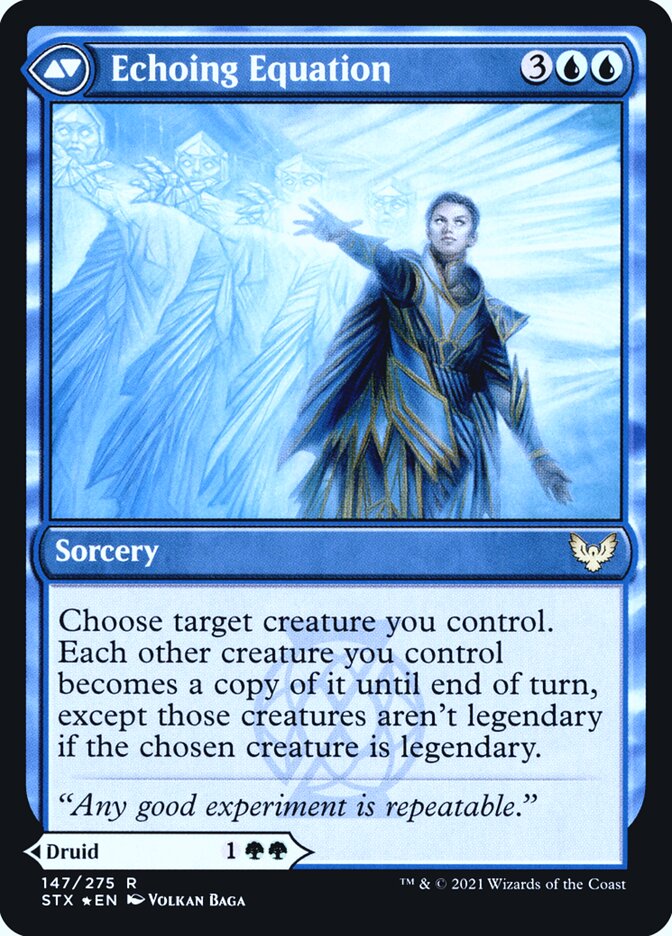 Trample As long as you control eight or more lands, Augmenter Pugilist gets +5/+5.

"Hold still. I have a theory about what's about to happen to your face."

Because damage remains marked on creatures until the damage is removed as the turn ends, nonlethal damage dealt to Augmenter Pugilist may become lethal if the number of lands you control falls below eight.

Echoing Equation copies the printed values of the target creature. It won’t copy any counters on that creature or any effects that have changed its power, toughness, types, color, and so on, and a creature becoming a copy doesn’t remove any such counters or effects that are already applying to it. Notably, Echoing Equation won’t copy any type-changing effects that are currently making the target a creature. For example, if you choose a land that’s become a creature, all your other creatures will become noncreature lands until end of turn.

Echoing Equation affects only creatures you control at the time it resolves. Creatures that come under your control later in the turn won’t be copies of the chosen creature.