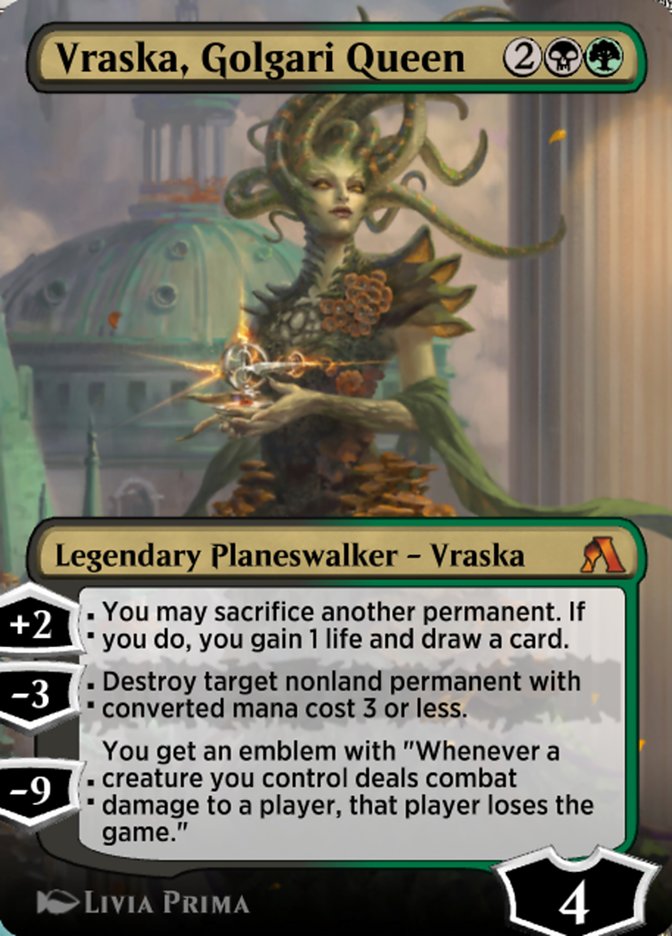 +2: You may sacrifice another permanent. If you do, you gain 1 life and draw a card.
-3: Destroy target nonland permanent with mana value 3 or less.
-9: You get an emblem with "Whenever a creature you control deals combat damage to a player, that player loses the game."

Tokens that aren’t a copy of something else don’t have a mana cost. Anything without a mana cost normally has a converted mana cost of 0.

If a permanent has in its mana cost, X is considered to be 0.