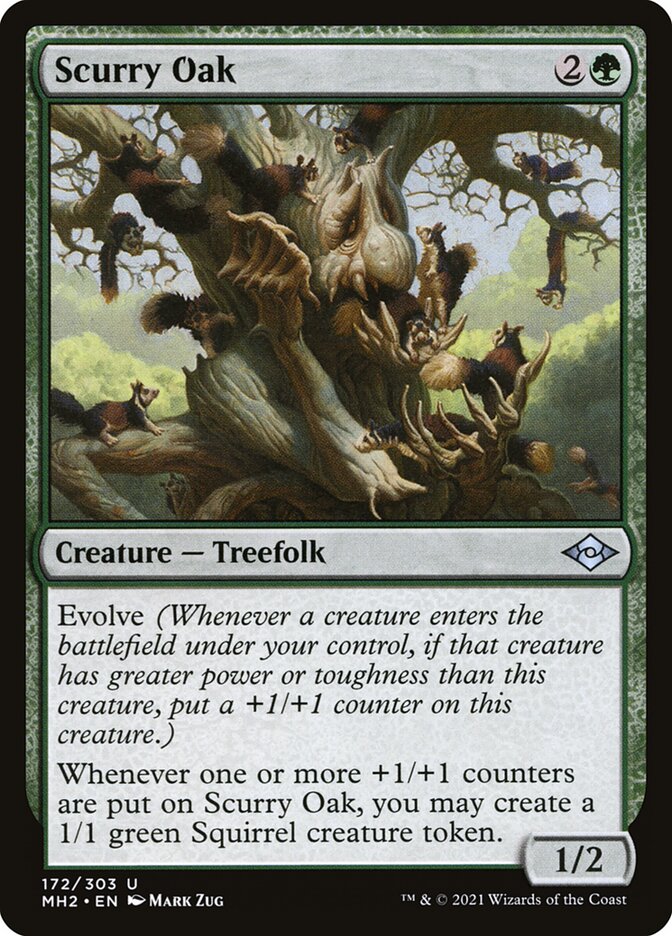 Evolve (Whenever a creature enters the battlefield under your control, if that creature has greater power or toughness than this creature, put a +1/+1 counter on this creature.) Whenever one or more +1/+1 counters are put on Scurry Oak, you may create a 1/1 green Squirrel creature token.

Rules and information for Scurry Oak

When comparing the characteristics of the two creatures for evolve, you always compare power to power and toughness to toughness.

If evolve triggers, the comparison will happen again when the ability tries to resolve. If neither characteristic of the new creature is greater, the ability will do nothing. If the creature that entered the battlefield leaves the battlefield before evolve resolves, use its last known power and toughness to determine whether the creature with evolve gets a +1/+1 counter.