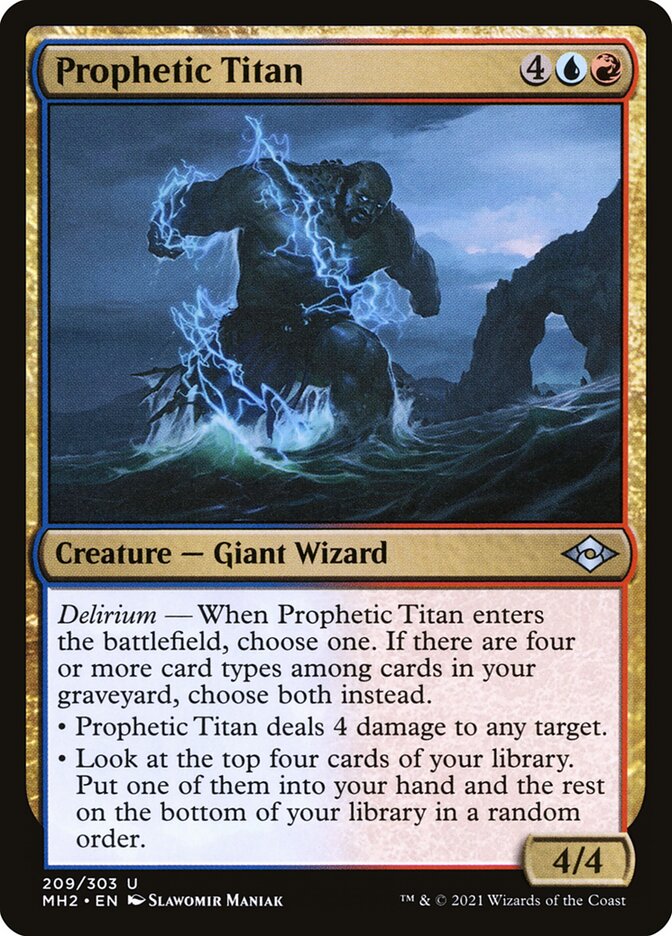 Delirium — When Prophetic Titan enters the battlefield, choose one. If there are four or more card types among cards in your graveyard, choose both instead. • Prophetic Titan deals 4 damage to any target. • Look at the top four cards of your library. Put one of them into your hand and the rest on the bottom of your library in a random order.

Rules and information for Prophetic Titan

If only the first mode is chosen, or if both modes are chosen, and the chosen target is illegal as the ability tries to resolve, the ability won’t resolve and none of its effects will happen.