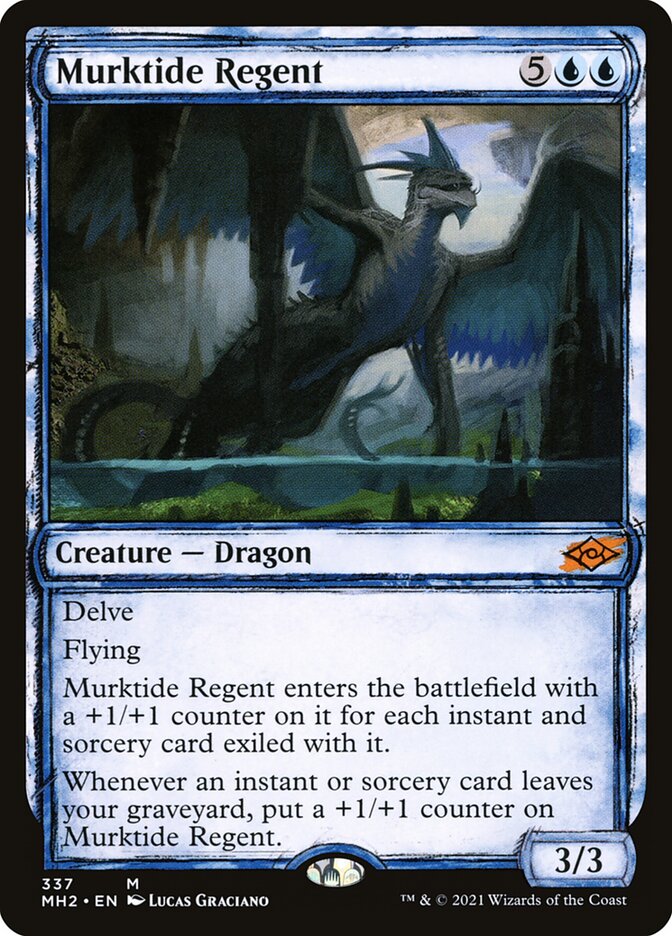 Rules and information for Murktide Regent

Delve doesn’t change a spell’s mana cost or mana value. For example, Murktide Regent’s mana value is 7 even if you exiled three cards to cast it.

Because delve isn’t an alternative cost, it can be used in conjunction with alternative costs, such as flashback. It can also be used to pay for additional costs that include generic mana.