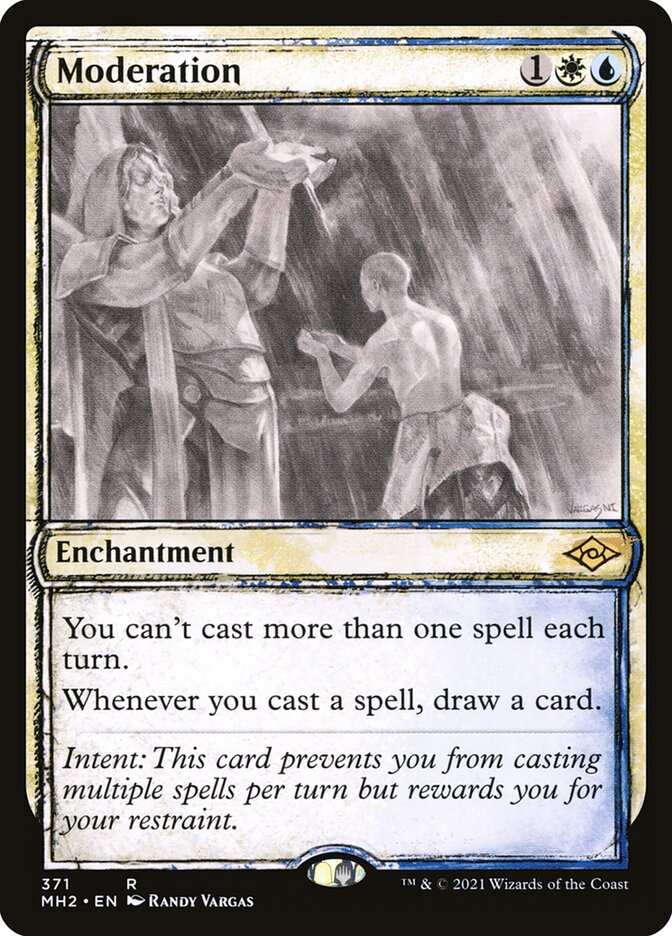 You can't cast more than one spell each turn. Whenever you cast a spell, draw a card.

Intent: This card prevents you from casting multiple spells per turn but rewards you for your restraint.

Rules and information for Moderation

Moderation’s triggered ability works only while it’s on the battlefield, so it doesn’t let you draw a card when you cast it.

If an effect says you can’t cast spells, and another effect instructs you to cast a spell, such as that of the ability that triggers when you remove the last time counter from a card with suspend, you won’t be able to cast that spell.