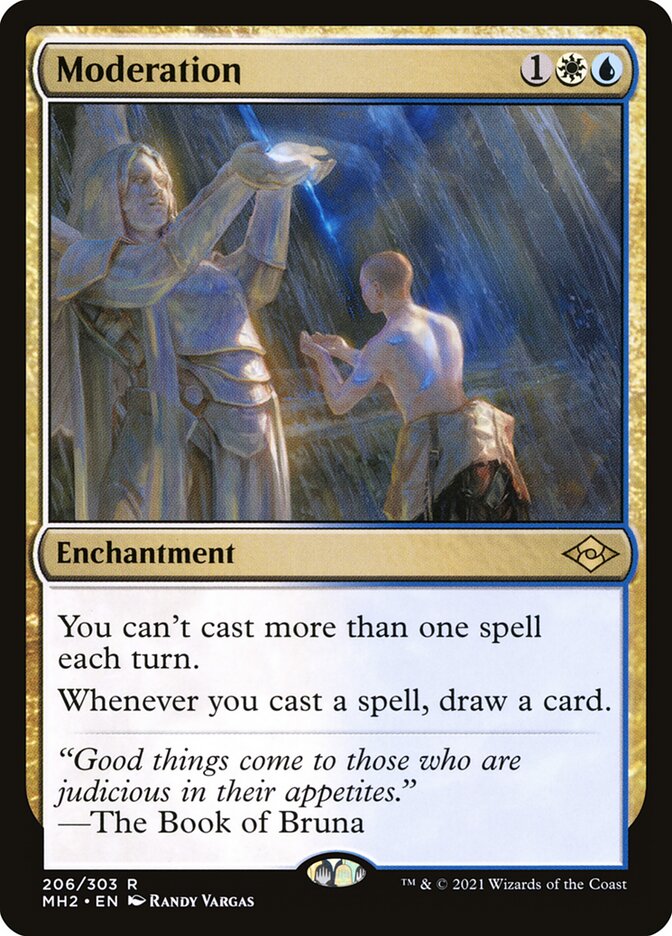 You can't cast more than one spell each turn. Whenever you cast a spell, draw a card.

"Good things come to those who are judicious in their appetites." —*The Book of Bruna*

Rules and information for Moderation

Moderation’s triggered ability works only while it’s on the battlefield, so it doesn’t let you draw a card when you cast it.

If an effect says you can’t cast spells, and another effect instructs you to cast a spell, such as that of the ability that triggers when you remove the last time counter from a card with suspend, you won’t be able to cast that spell.