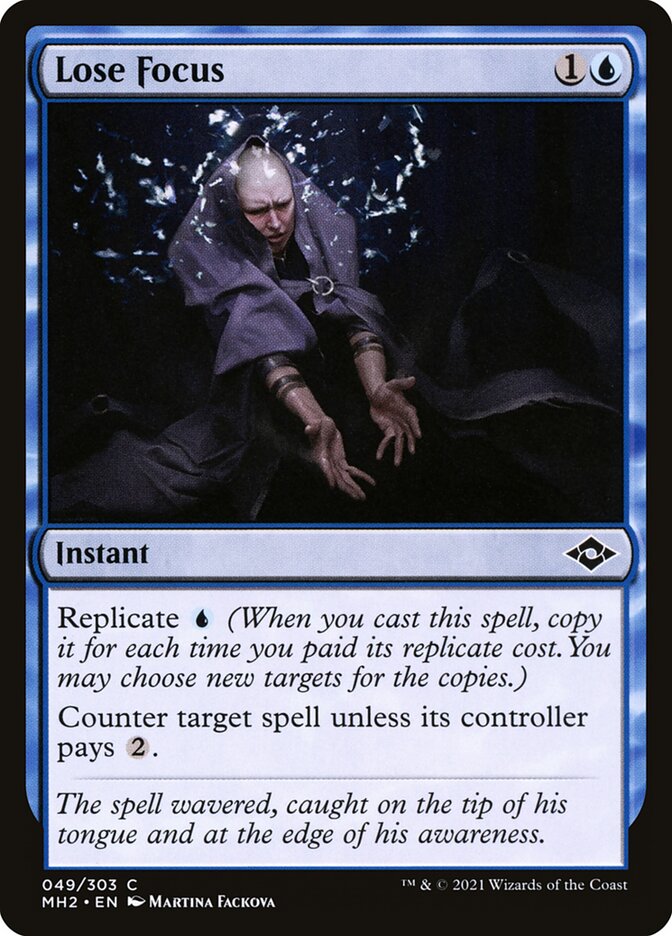 Replicate (When you cast this spell, copy it for each time you paid its replicate cost. You may choose new targets for the copies.) Counter target spell unless its controller pays {2}.

The spell wavered, caught on the tip of his tongue and at the edge of his awareness.

Rules and information for Lose Focus

As the replicate triggered ability resolves, you’ll copy Lose Focus for each time you paid its replicate cost, even if the original spell is no longer on the stack at that time (perhaps because it was countered).

The copies that replicate creates are created on the stack, so they’re not “cast.” Abilities that trigger when a player casts a spell won’t trigger.