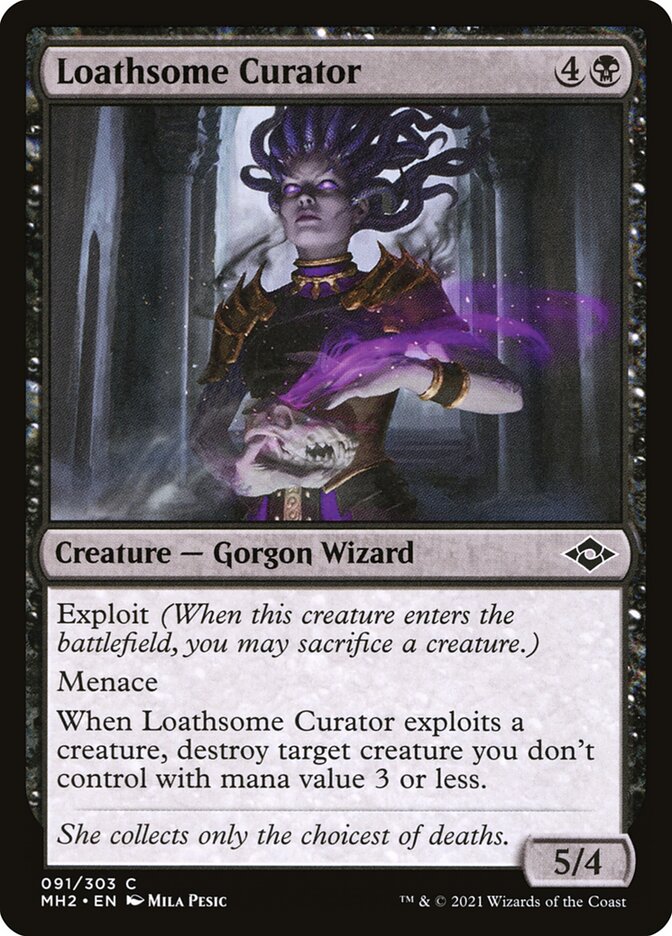 Exploit (When this creature enters the battlefield, you may sacrifice a creature.) Menace When Loathsome Curator exploits a creature, destroy target creature you don't control with mana value 3 or less.

She collects only the choicest of deaths.

Rules and information for Loathsome Curator

A creature with exploit “exploits a creature” when the controller of the exploit ability sacrifices a creature as that ability resolves.

You can sacrifice the creature with exploit if it’s still on the battlefield. This will cause its other ability to trigger.

You can’t sacrifice more than one creature to any one exploit ability.