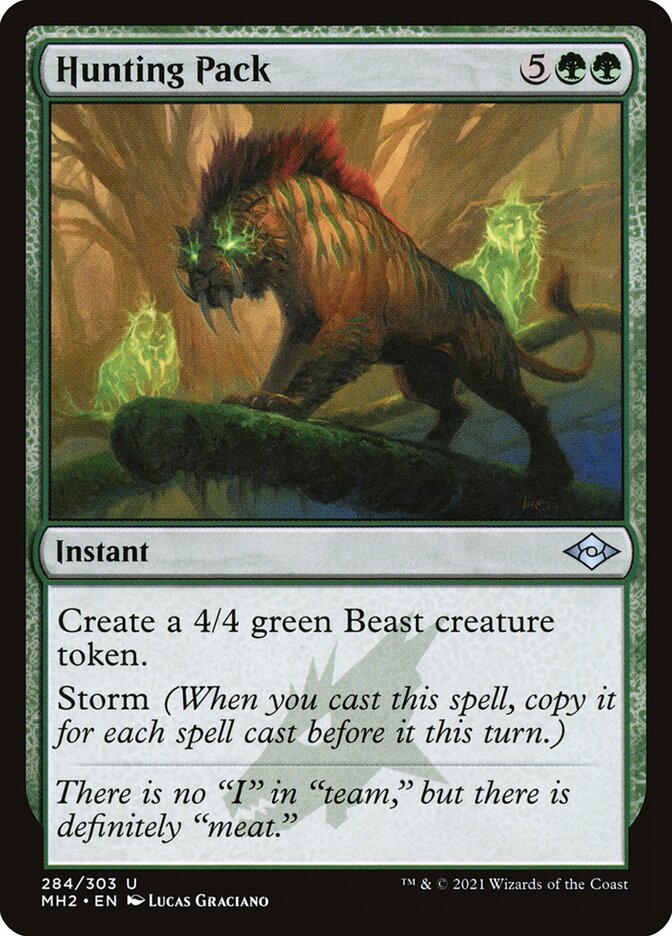 Create a 4/4 green Beast creature token. Storm (When you cast this spell, copy it for each spell cast before it this turn.)

Rules and information for Hunting Pack