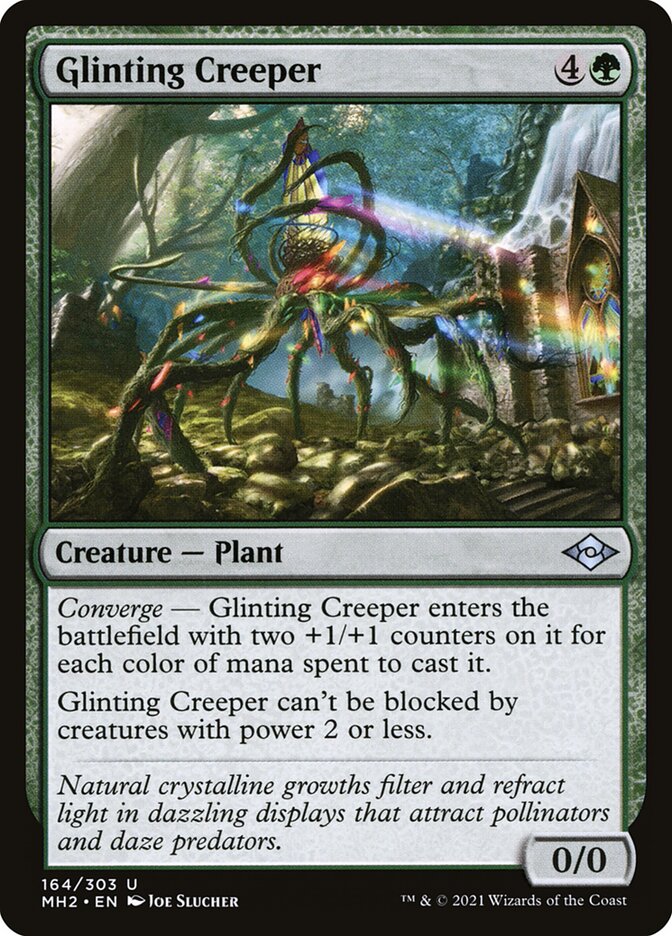 Converge — Glinting Creeper enters the battlefield with two +1/+1 counters on it for each color of mana spent to cast it. Glinting Creeper can't be blocked by creatures with power 2 or less.

Rules and information for Glinting Creeper

If there are any alternative or additional costs to cast a spell with a converge ability, the colors of mana spent to pay those costs will count.

If you cast a spell with converge without spending any mana to cast it (perhaps because an effect allowed you to cast it without paying its mana cost), then the number of colors spent to cast it will be zero.