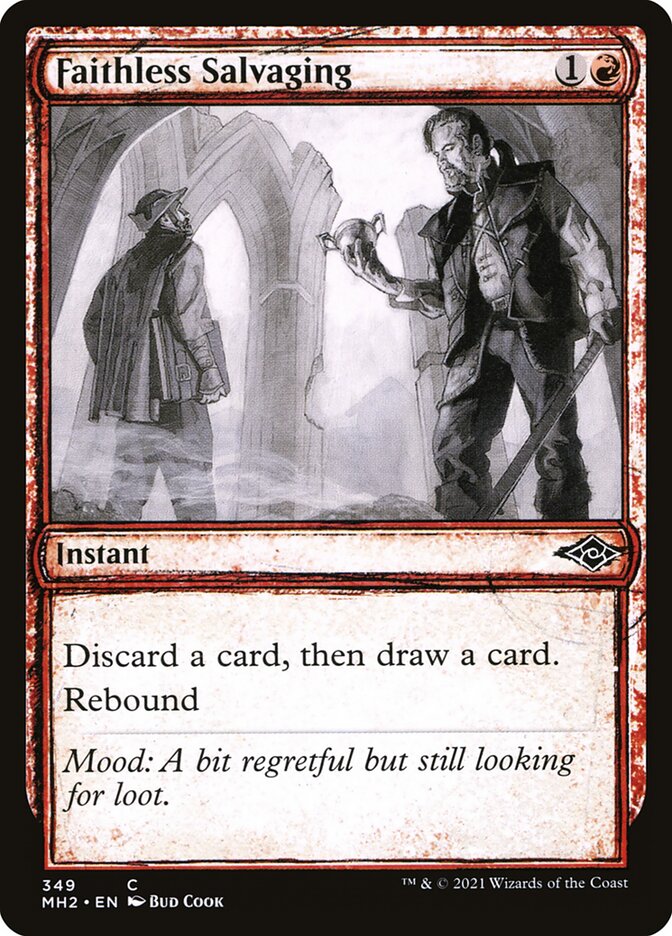 Discard a card, then draw a card. Rebound (If you cast this spell from your hand, exile it as it resolves. At the beginning of your next upkeep, you may cast this card from exile without paying its mana cost.)

Mood: A bit regretful but still looking for loot.

Rules and information for Faithless Salvaging

If you have no cards in hand as Faithless Salvaging resolves, you won’t discard a card, but you will still draw a card.