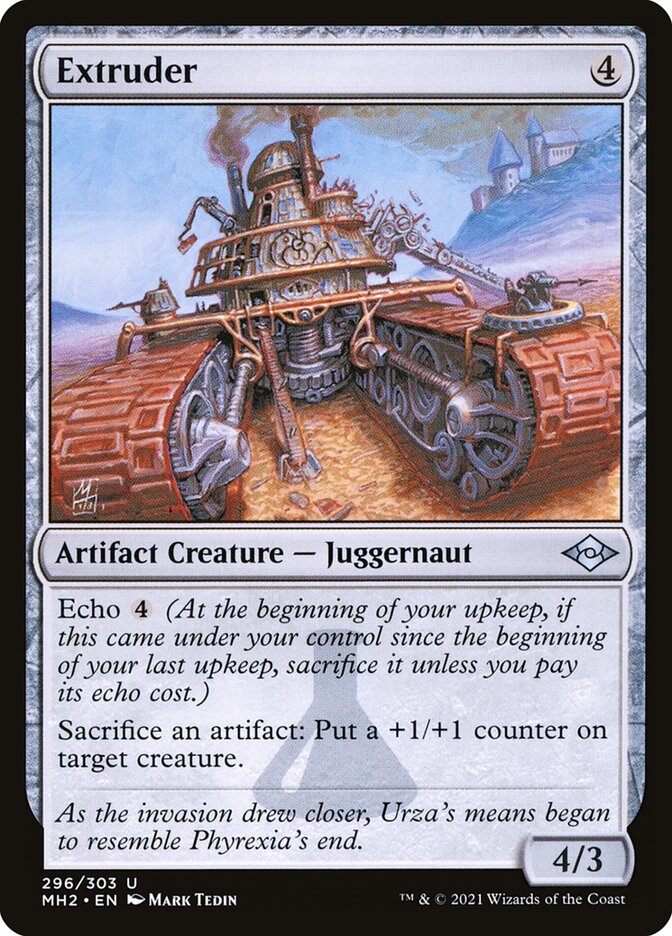 Rules and information for Extruder

Paying for echo is always optional. When the echo triggered ability resolves, if you can’t pay the echo cost or choose not to, you sacrifice that permanent.