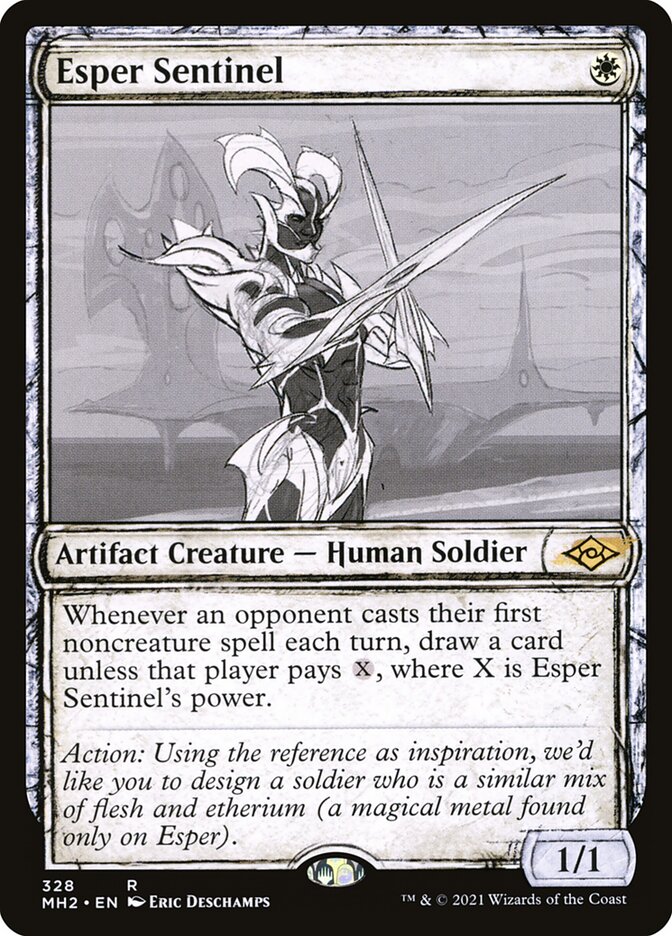 Whenever an opponent casts their first noncreature spell each turn, draw a card unless that player pays , where X is Esper Sentinel's power.

Action: Using the reference as inspiration, we'd like you to design a soldier who is a similar mix of flesh and etherium (a magical metal found only on Esper).

Rules and information for Esper Sentinel

If Esper Sentinel’s has negative power when this ability resolves, then is {0}. The opponent may still choose not to pay the cost if they want you to draw a card.