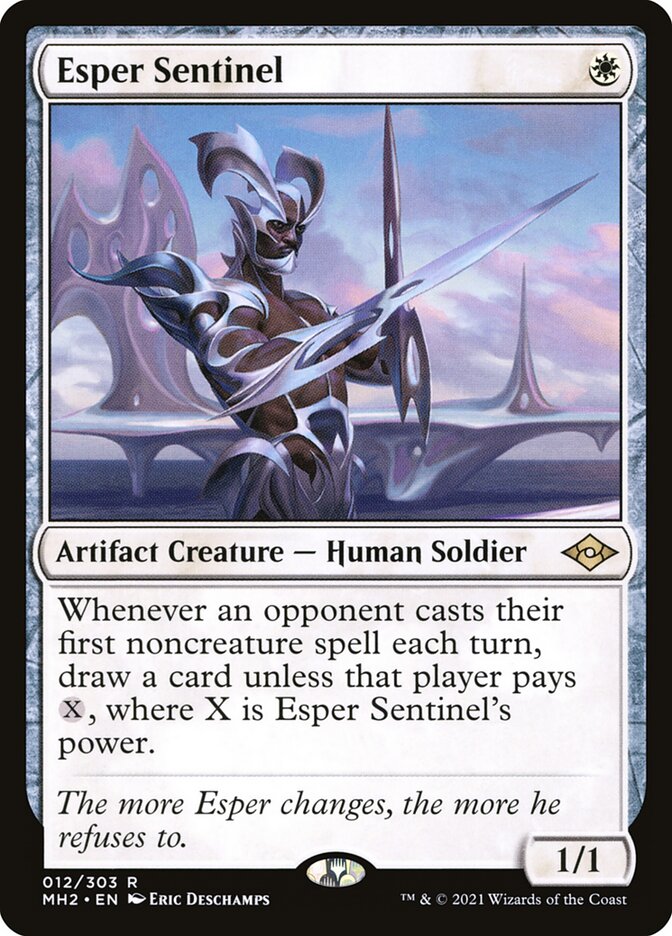 Whenever an opponent casts their first noncreature spell each turn, draw a card unless that player pays , where X is Esper Sentinel's power.

The more Esper changes, the more he refuses to.

Rules and information for Esper Sentinel

If Esper Sentinel’s has negative power when this ability resolves, then is {0}. The opponent may still choose not to pay the cost if they want you to draw a card.