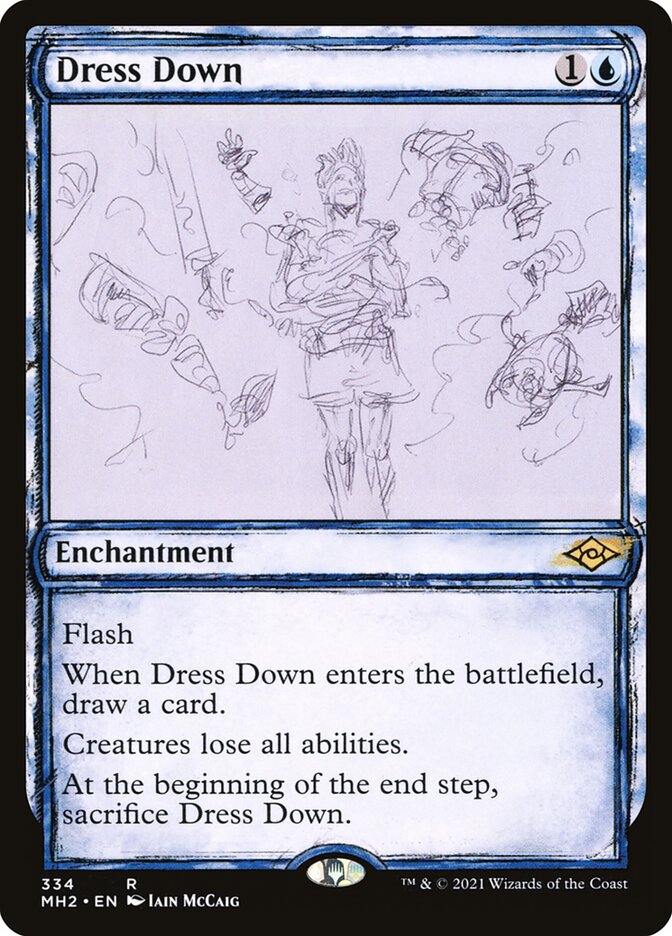 Text of card Dress Down

Flash When Dress Down enters the battlefield, draw a card. Creatures lose all abilities. At the beginning of the end step, sacrifice Dress Down.

Rules and information for Dress Down

If an effect causes Dress Down to become a creature, it will lose its own abilities along with all other creatures. This includes the triggered ability that causes it to be sacrificed at the beginning of the end step.