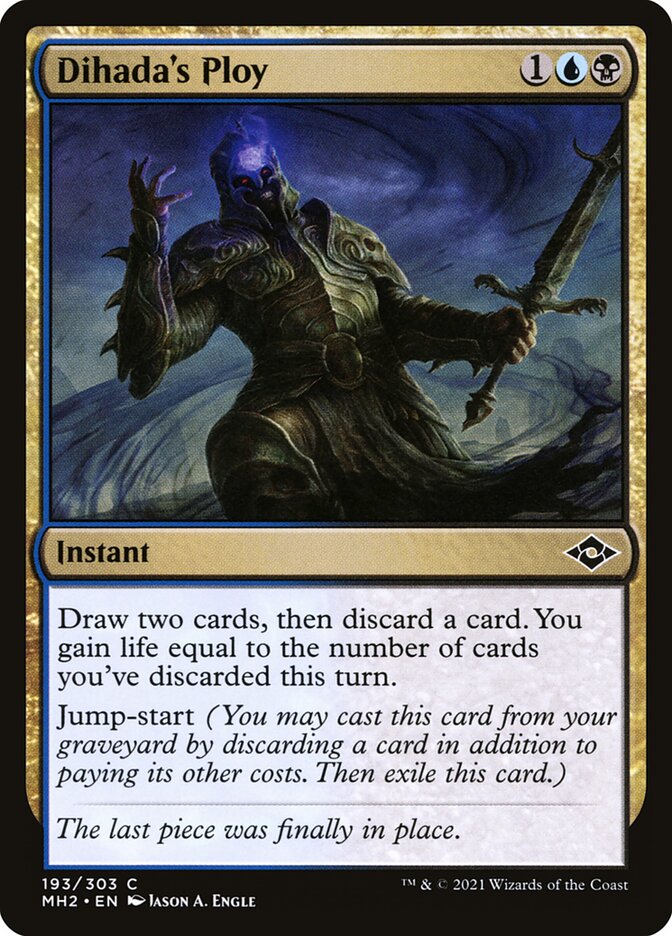 Draw two cards, then discard a card. You gain life equal to the number of cards you've discarded this turn. Jump-start (You may cast this card from your graveyard by discarding a card in addition to paying its other costs. Then exile this card.)

The last piece was finally in place.

Rules and information for Dihada's Ploy

If the card draws are replaced by another effect, you will still discard a card and gain life. If you don’t have any cards to discard, it will still count any cards previously discarded this turn.

A spell cast using jump-start will always be exiled afterward, whether it resolves, it’s countered, or it leaves the stack in some other way.

If an effect allows you to pay an alternative cost rather than a spell’s mana cost, you may pay that alternative cost when you jump-start a spell. You’ll still discard a card as an additional cost to cast it.

If a card with jump-start is put into your graveyard during your turn, you’ll be able to cast it right away if it’s legal to do so, before an opponent can take any actions.