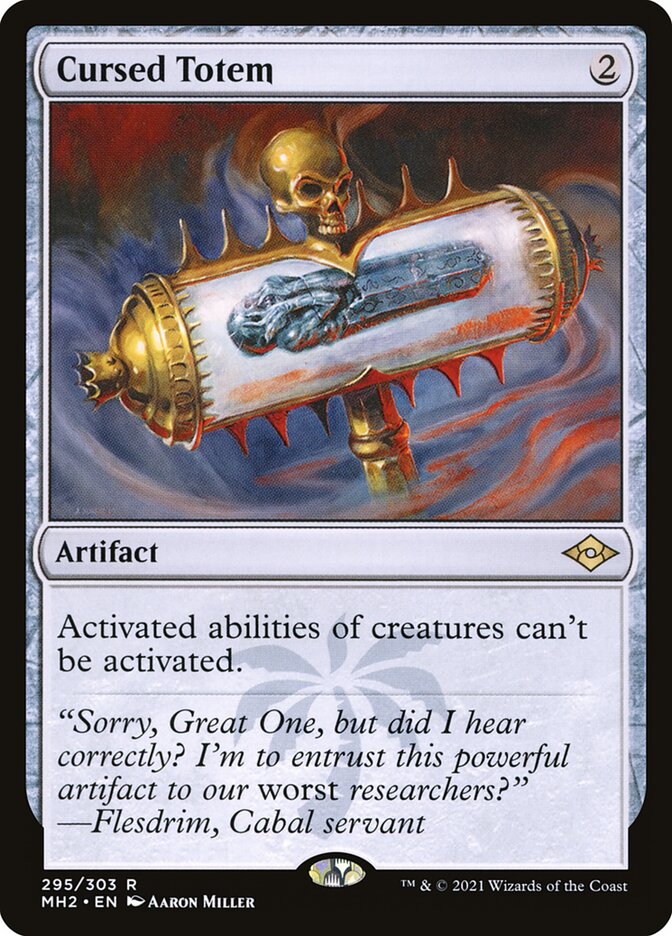 "Sorry, Great One, but did I hear correctly? I'm to entrust this powerful artifact to our *worst* researchers?" —Flesdrim, Cabal servant

Rules and information for Cursed Totem

Cursed Totem doesn’t stop players from activating abilities of creature cards that aren’t on the battlefield, such as cycling or unearth.

Other abilities of creatures, including static abilities and triggered abilities, are unaffected.