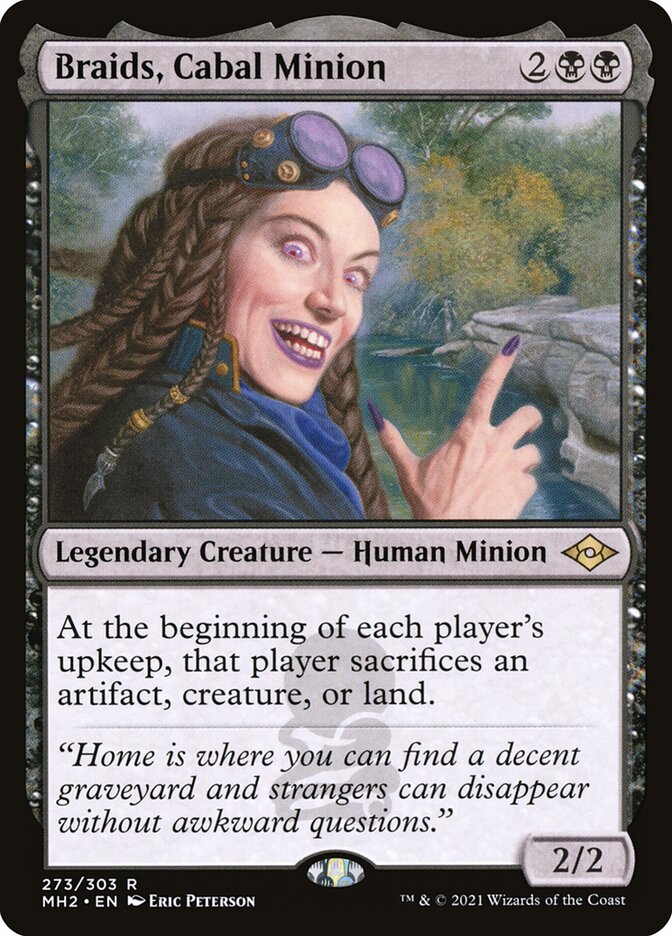 At the beginning of each player's upkeep, that player sacrifices an artifact, creature, or land.

"Home is where you can find a decent graveyard and strangers can disappear without awkward questions."