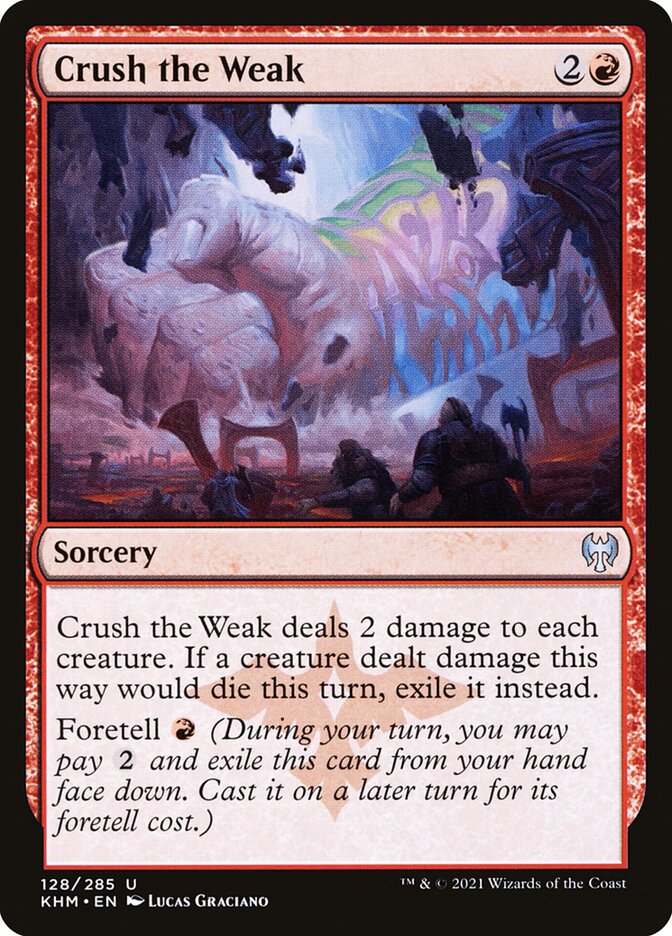 Text of card Crush the Weak

Crush the Weak deals 2 damage to each creature. If a creature dealt damage this way would die this turn, exile it instead. Foretell (During your turn, you may pay {2} and exile this card from your hand face down. Cast it on a later turn for its foretell cost.)

Rules and information for Crush the Weak

Creatures don’t necessarily have to be dealt lethal damage by Crush the Weak to be exiled. After being dealt damage, if they would die for any reason that turn, they’ll be exiled instead.