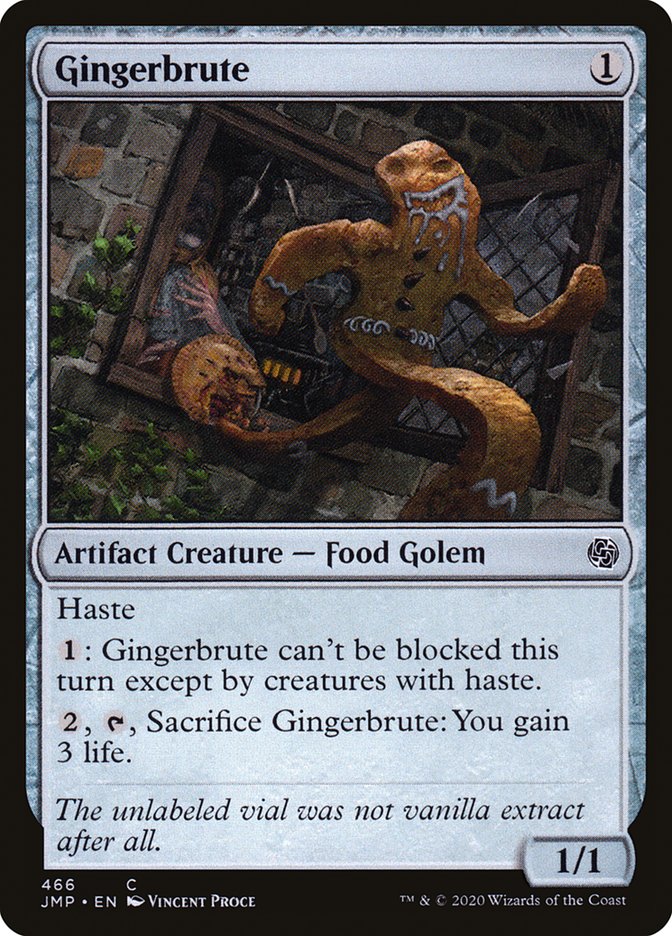 Haste : Gingerbrute can't be blocked this turn except by creatures with haste. {2}, , Sacrifice Gingerbrute: You gain 3 life.

The unlabeled vial was not vanilla extract after all.

Rules and information for Gingerbrute

Activating Gingerbrute’s middle ability after it has become blocked by a creature without haste won’t cause it to become unblocked.

If an effect refers to a Food, it means any Food artifact, not just a Food artifact token. For example, you can sacrifice Gingerbrute to activate the last ability of Tempting Witch.

Food is an artifact type. Even though it appears on some creatures (such as Gingerbrute), it’s never a creature type.

Whatever you do, don’t eat the delicious cards.