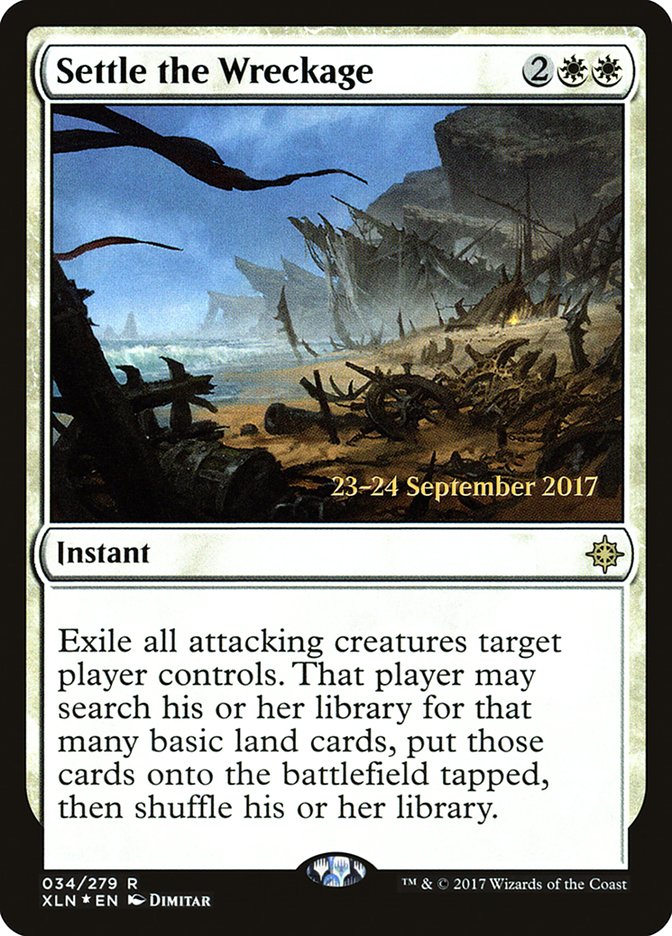 Text of card Settle the Wreckage

Exile all attacking creatures target player controls. That player may search their library for that many basic land cards, put those cards onto the battlefield tapped, then shuffle.

Rules and information for Settle the Wreckage

Settle the Wreckage targets only the player. Creatures with hexproof that player controls will be exiled as this spell resolves.

The number of lands that player may find is the number of attacking creatures that were exiled, even if some of those creatures were tokens, weren’t creature cards, or didn’t end up in exile (most likely because one was that player’s commander in the Commander variant).