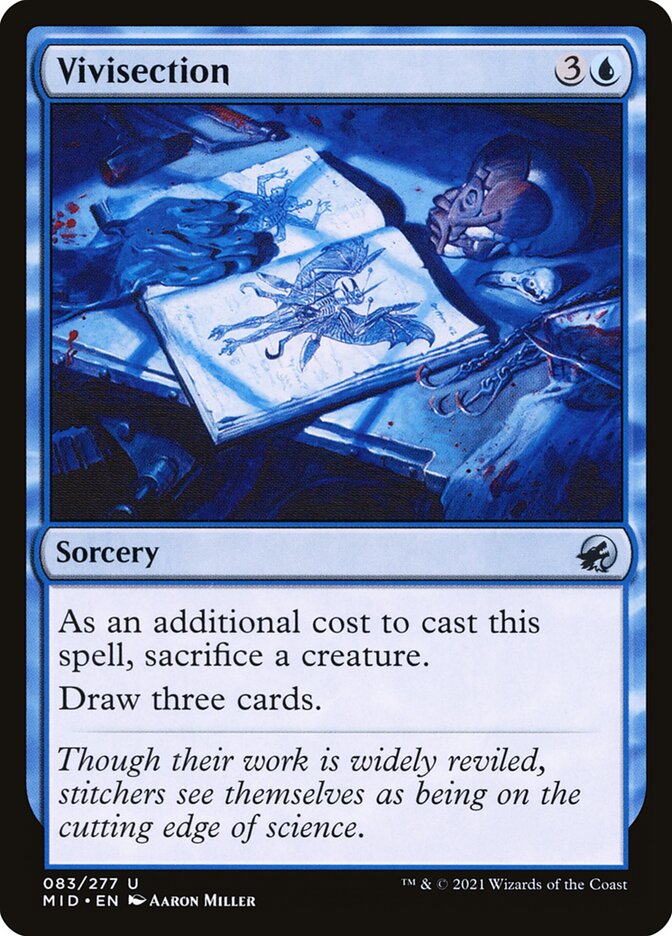 As an additional cost to cast this spell, sacrifice a creature. Draw three cards.

Though their work is widely reviled, stitchers see themselves as being on the cutting edge of science.

Rules and information for Vivisection

You must sacrifice exactly one creature to cast this spell; you cannot cast it without sacrificing a creature, and you cannot sacrifice additional creatures.

Players can only respond once this spell has been cast and all its costs have been paid. No one can try to destroy the creature you sacrificed to prevent you from casting this spell.