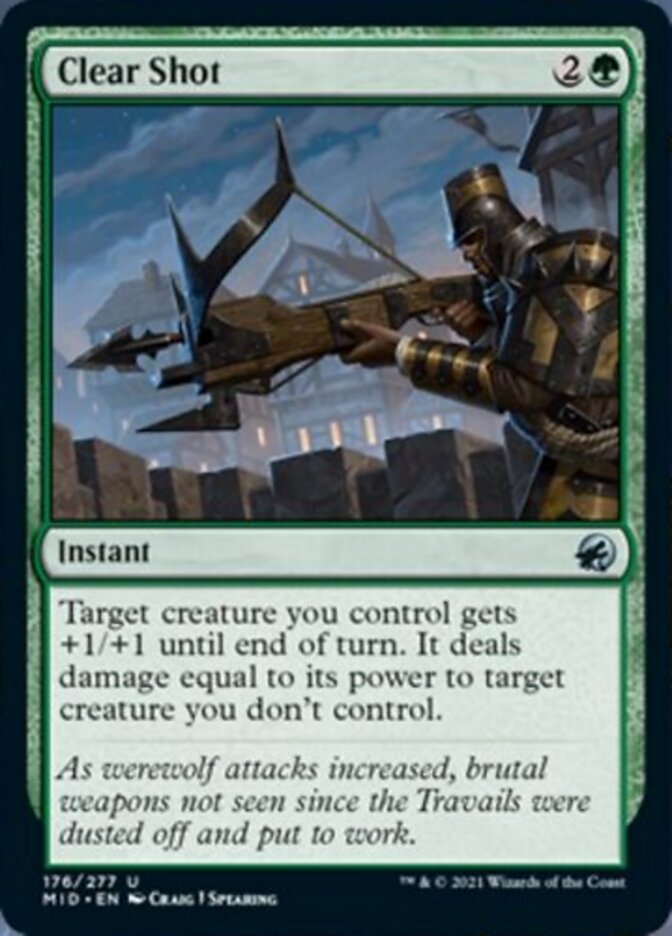 As werewolf attacks increased, brutal weapons not seen since the Travails were dusted off and put to work.

Rules and information for Clear Shot