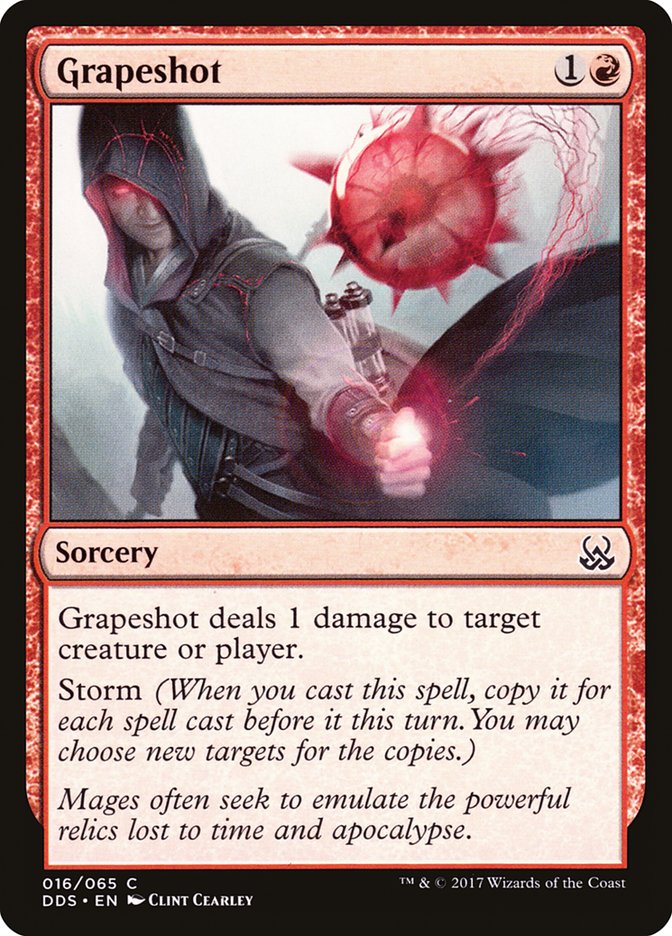 Grapeshot deals 1 damage to any target. Storm (When you cast this spell, copy it for each spell cast before it this turn. You may choose new targets for the copies.)

Mages often seek to emulate the powerful relics lost to time and apocalypse.

Rules and information for Grapeshot

You may choose new targets for any of the copies. You can choose differently for each copy.