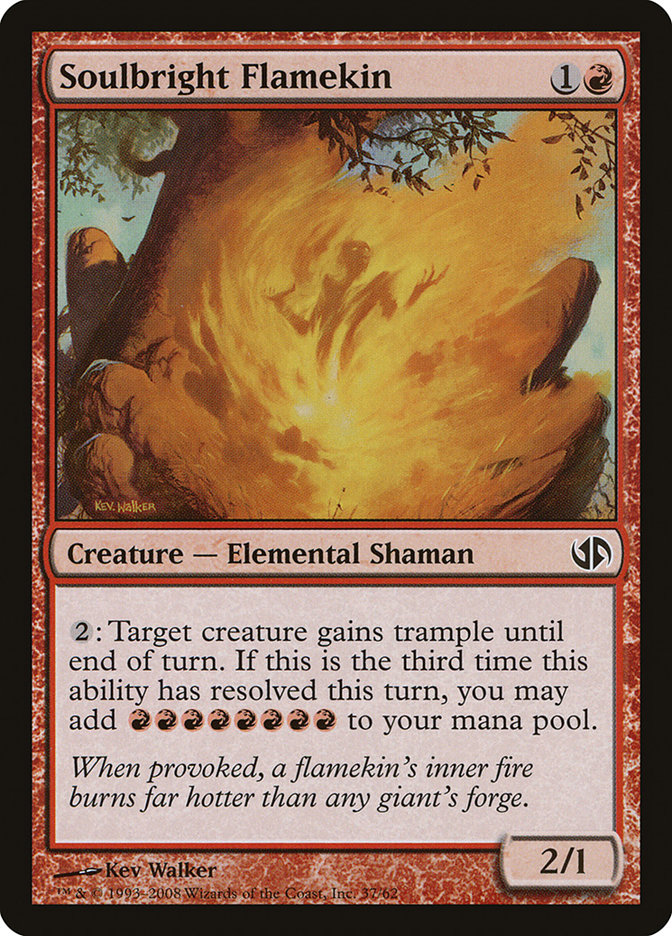 {2}: Target creature gains trample until end of turn. If this is the third time this ability has resolved this turn, you may add .

When provoked, a flamekin's inner fire burns far hotter than any giant's forge.

You add eight red mana only the third time Soulbright Flamekin’s ability resolves in a turn. You won’t get the bonus the fourth, fifth, sixth, or any subsequent times in that same turn.

When Soulbright Flamekin’s ability resolves, it counts the number of times that same ability from that same creature has already resolved that turn. A copy of this ability (created by Rings of Brighthearth, for example) will count toward the total. Abilities from other creatures with the same name don’t count towards the total. Neither does an ability that’s been countered.

Soulbright Flamekin’s ability uses the stack and can be responded to. Because it has a target, it’s not a mana ability, even if you know that it will produce mana.