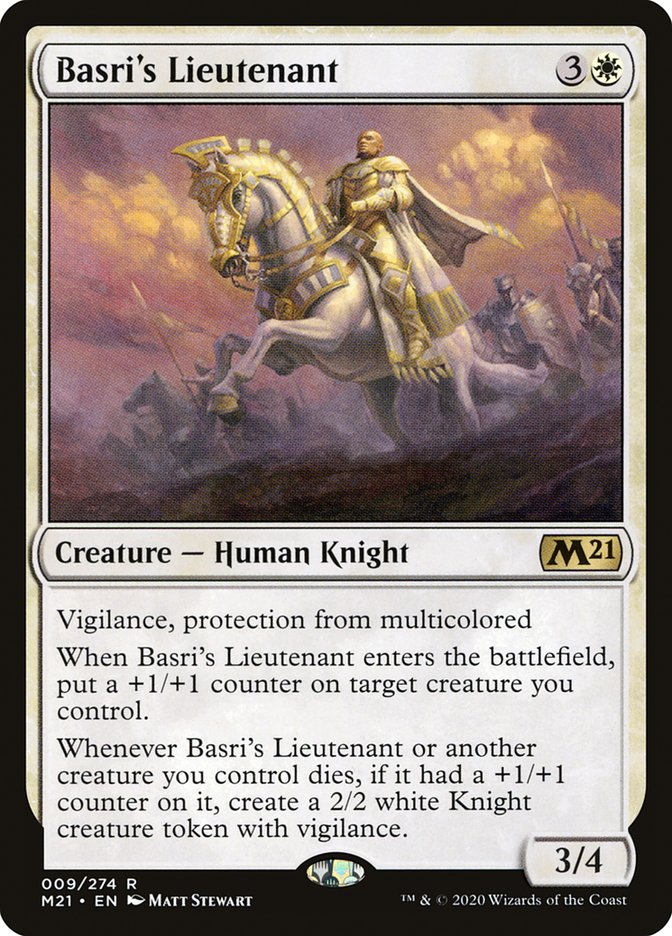 Rules and information for Basri's Lieutenant

Basri’s Lieutenant can be the target of its own enters-the-battlefield triggered ability.

The second triggered ability of Basri’s Lieutenant triggers just once if the dying creature has +1/+1 counters on it, no matter how many of those counters it has.

If Basri’s Lieutenant dies at the same time as other creatures, its last ability will trigger for any of the creatures that had a +1/+1 counter on it, including itself.

If a creature with +1/+1 counters on it receives a greater or equal number of -1/-1 counters and this causes it to be destroyed by lethal damage or put into its owner’s graveyard for having 0 or less toughness, the last ability triggers. This is because the ability checks the creature as it last existed on the battlefield, and it still had those counters on it at that point.