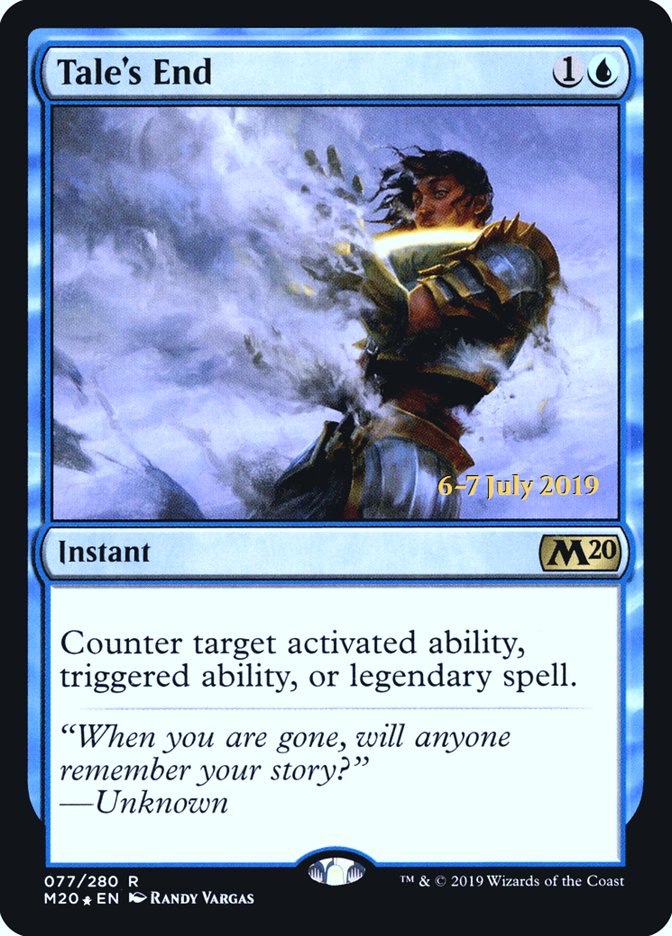 "When you are gone, will anyone remember your story?" —Unknown

Rules and information for Tale's End

If you counter a delayed triggered ability that triggered at the beginning of the “next” occurrence of a specified step or phase, that ability won’t trigger again the following time that step or phase occurs.