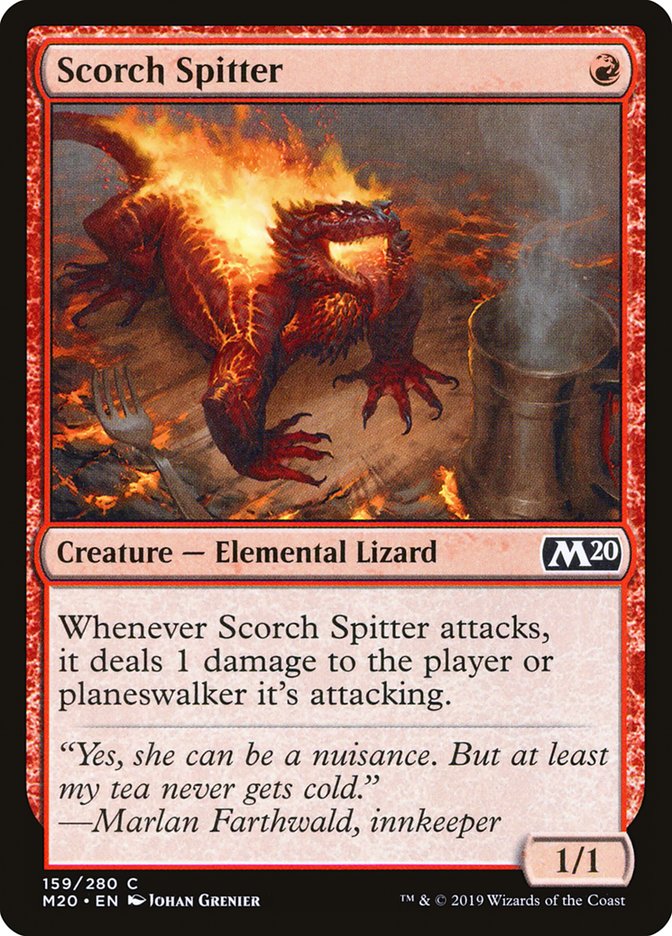 Whenever Scorch Spitter attacks, it deals 1 damage to the player or planeswalker it's attacking.

"Yes, she can be a nuisance. But at least my tea never gets cold." —Marlan Farthwald, innkeeper

Rules and information for Scorch Spitter

If the planeswalker Scorch Spitter is attacking is reduced to 0 loyalty from the damage caused by its ability, Scorch Spitter continues to attack. It can be blocked, and it won’t deal any combat damage if it’s not blocked.