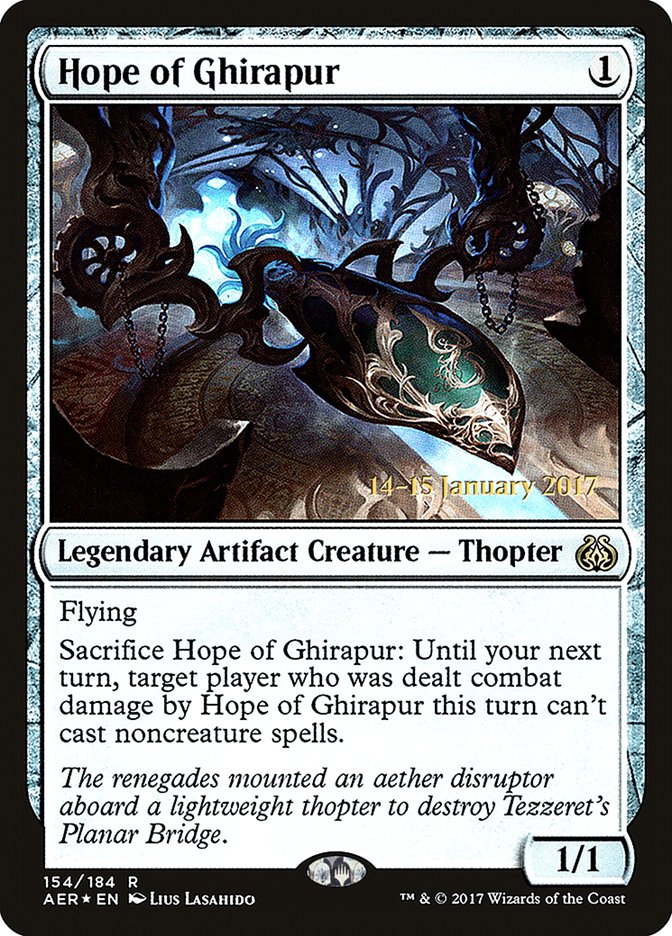 Text of card Hope of Ghirapur

The renegades mounted an aether disruptor aboard a lightweight thopter to destroy Tezzeret's Planar Bridge.

Rules and information for Hope of Ghirapur

The affected player won’t be able to cast any noncreature spells until after the time that your “beginning of upkeep” triggered abilities are put onto the stack on your next turn.

If you skip your turn, the affected player will be unable to cast noncreature spells until you actually start a turn.

When a player leaves a multiplayer game, any continuous effects with durations that last until that player’s next turn will last until that turn would have begun. They neither expire immediately nor last indefinitely.