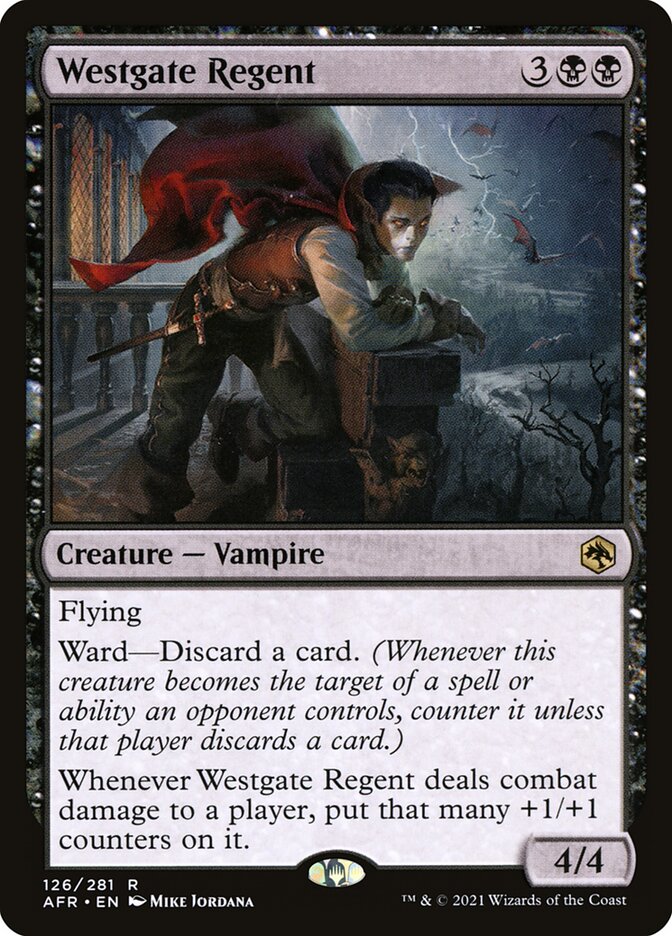 Flying Ward—Discard a card. (Whenever this creature becomes the target of a spell or ability an opponent controls, counter it unless that player discards a card.) Whenever Westgate Regent deals combat damage to a player, put that many +1/+1 counters on it.

Rules and information for Westgate Regent