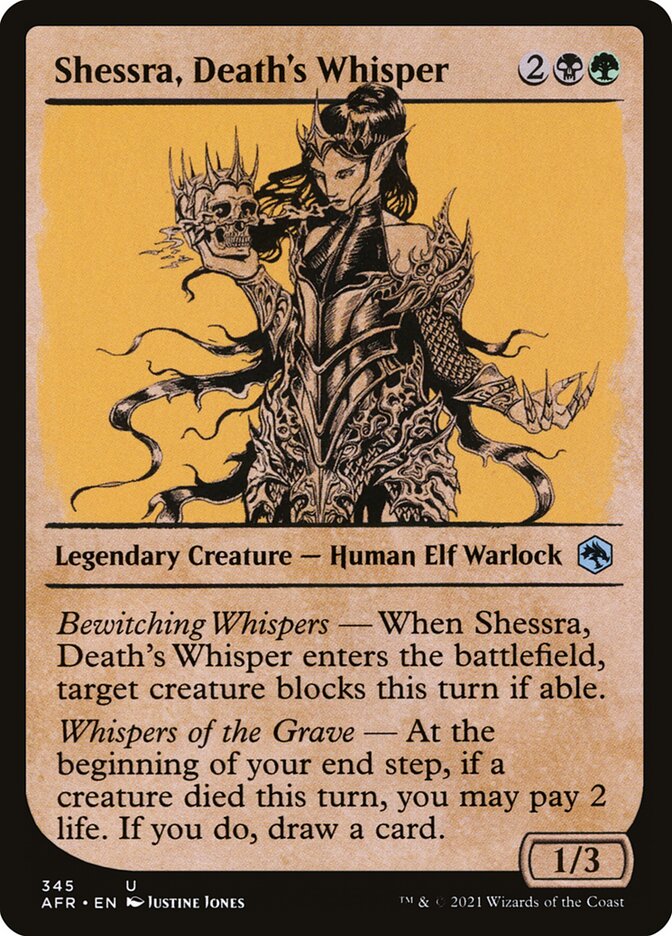 Bewitching Whispers — When Shessra, Death's Whisper enters the battlefield, target creature blocks this turn if able. Whispers of the Grave — At the beginning of your end step, if a creature died this turn, you may pay 2 life. If you do, draw a card.

If the creature affected by the Bewitching Whispers ability is tapped or is affected by a spell or ability that says it can't block, then it doesn't block. If there's a cost associated with having that creature block, its controller isn't forced to pay that cost, so it doesn't have to block in that case either.

Shessra, Death's Whisper's last ability will trigger only once during your end step, no matter how many creatures died this turn. However, if no creatures have died so far this turn as the end step begins, the ability won't trigger at all. It's not possible to cause a creature to die during the end step in time to have the ability trigger.