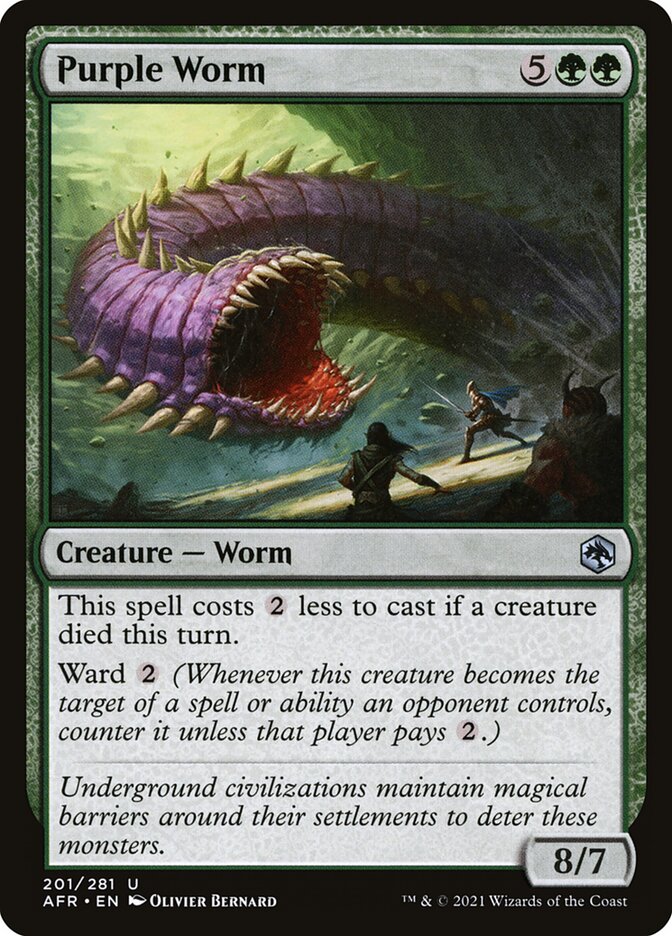 This spell costs {2} less to cast if a creature died this turn. Ward {2} (Whenever this creature becomes the target of a spell or ability an opponent controls, counter it unless that player pays {2}.)

Underground civilizations maintain magical barriers around their settlements to deter these monsters.

Rules and information for Purple Worm

Purple Worm's first ability will never reduce its cost more than {2}, no matter how many creatures died this turn.