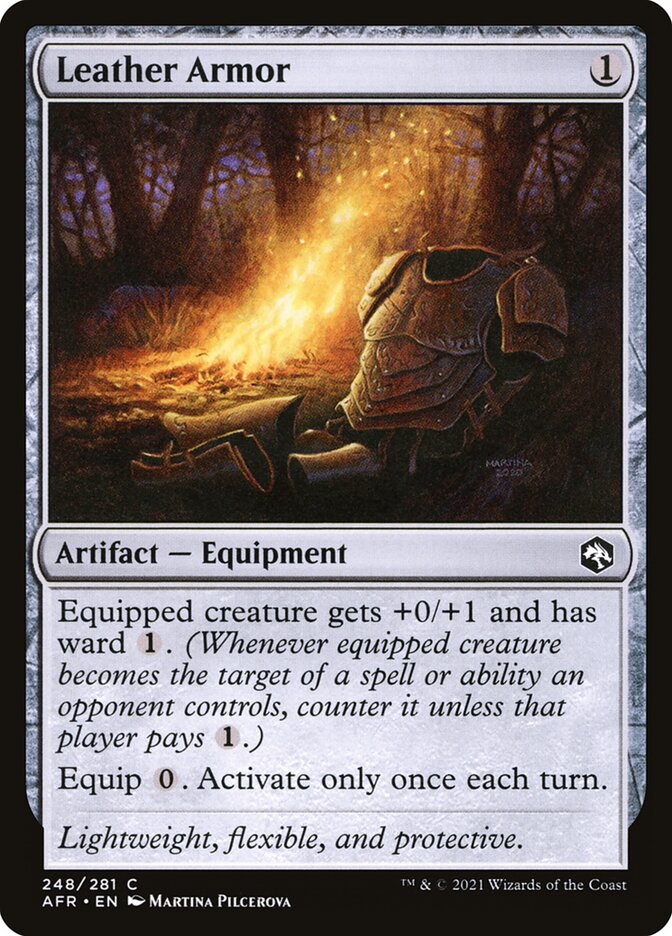 Equipped creature gets +0/+1 and has ward . (Whenever equipped creature becomes the target of a spell or ability an opponent controls, counter it unless that player pays .) Equip {0}. Activate only once each turn.

Rules and information for Leather Armor

If a creature with ward is equipped with Leather Armor, becoming the target of a spell or ability an opponent controls will cause both ward abilities to trigger.

The emblem's triggered ability checks the total amount of life that opponent has lost over the entire turn after the creatures you control deal combat damage to them. If the amount is 8 or greater, the ability won't trigger.

Only the total life lost is considered, not any life that opponent may have gained. For example, if an opponent loses 4 life, then gains 5 life, then creatures you control deal 3 combat damage to them, the emblem's ability will trigger and the opponent will lose 1 life.