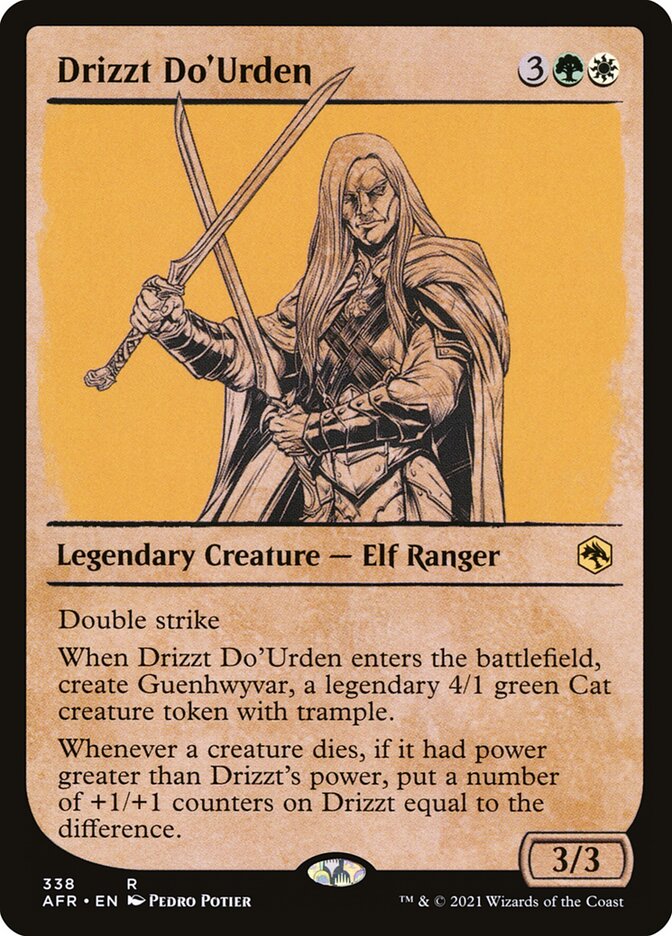 Double strike When Drizzt Do'Urden enters the battlefield, create Guenhwyvar, a legendary 4/1 green Cat creature token with trample. Whenever a creature dies, if it had power greater than Drizzt's power, put a number of +1/+1 counters on Drizzt equal to the difference.

Rules and information for Drizzt Do'Urden

Drizzt's last ability checks his power both at the time the creature dies and at the time the ability resolves. Notably, this means that if several creatures with power greater than Drizzt's die at the same time, Drizzt's ability will trigger that many times, but some of those abilities may not put counters on him as they resolve.