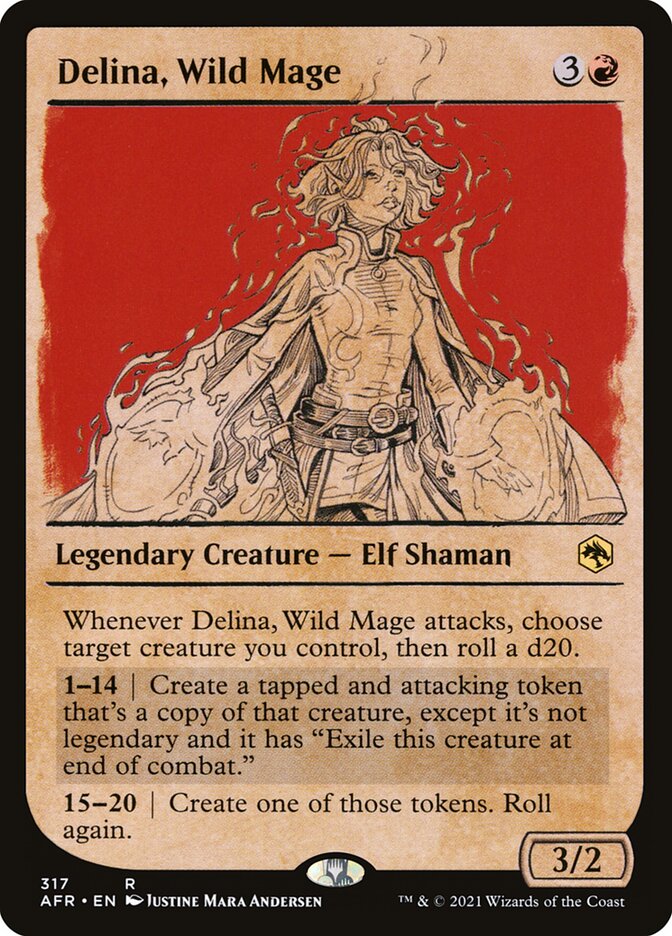 Whenever Delina, Wild Mage attacks, choose target creature you control, then roll a d20. 1—14 | Create a tapped and attacking token that's a copy of that creature, except it's not legendary and it has "Exile this creature at end of combat." 15—20 | Create one of those tokens. You may roll again.

Delina, Wild Mage has received an update to its Oracle text. The official text is listed above. Specifically, rolling again on a result of 15–20 is optional.

Although the token is attacking, it was never declared as an attacking creature (for purposes of abilities that trigger whenever a creature attacks, for example).