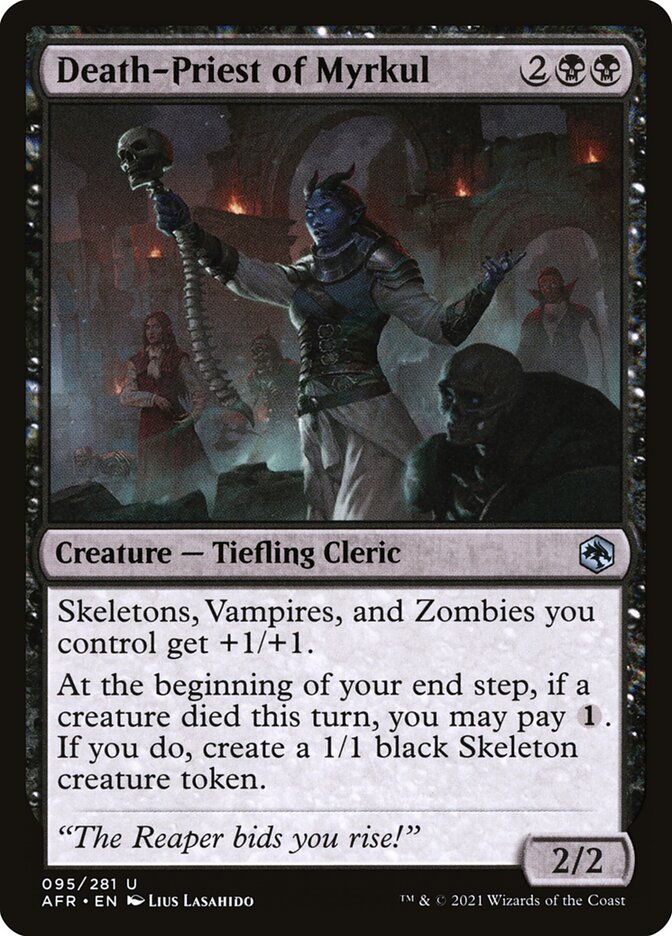 Skeletons, Vampires, and Zombies you control get +1/+1. At the beginning of your end step, if a creature died this turn, you may pay . If you do, create a 1/1 black Skeleton creature token.

"The Reaper bids you rise!"

A creature you control that's more than one of the creature types listed in the first ability will get only +1/+1.

Death-Priest of Myrkul's last ability will trigger only once during your end step, no matter how many creatures died this turn. However, if no creatures have died so far this turn as the end step begins, the ability won't trigger at all. It's not possible to cause a creature to die during the end step in time to have the ability trigger.