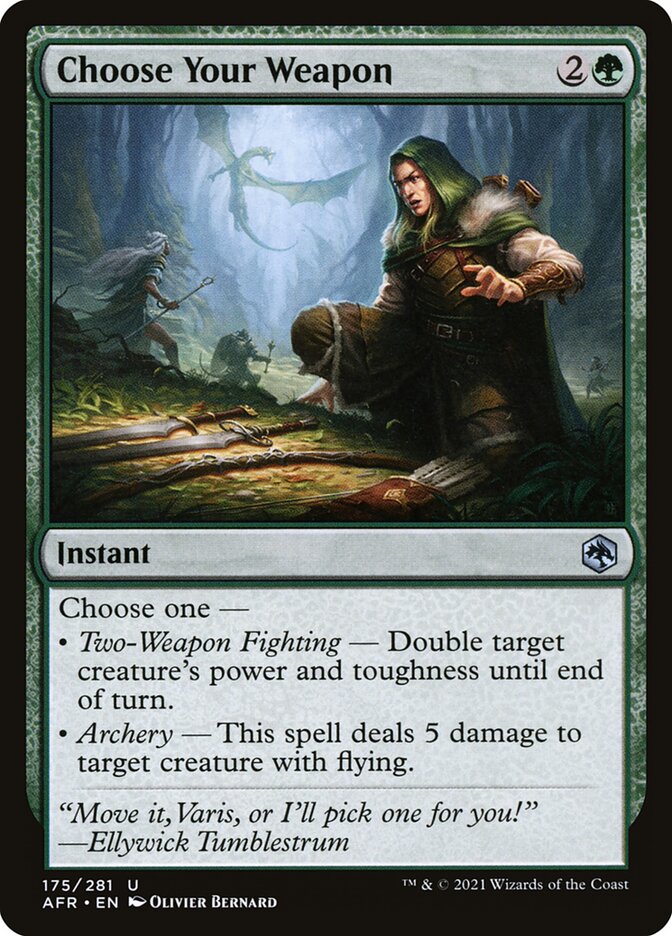 Text of card Choose Your Weapon

"Move it, Varis, or I'll pick one for you!" —Ellywick Tumblestrum

Rules and information for Choose Your Weapon

If an effect instructs you to “double” a creature's power, that creature gets +X/+0, where X is its power as that effect begins to apply. The same is true for toughness.