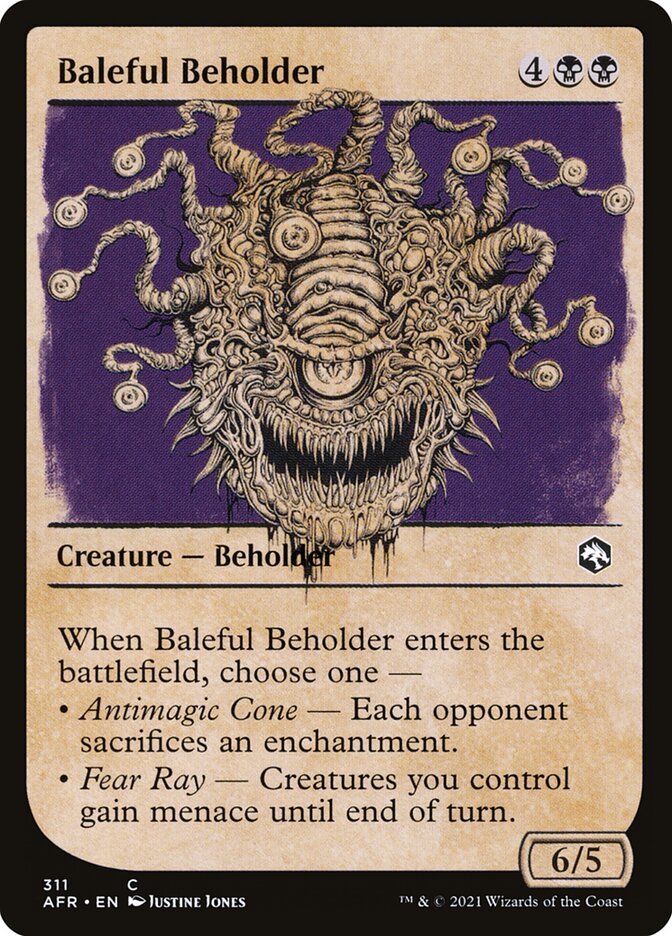 When Baleful Beholder enters the battlefield, choose one — • Antimagic Cone — Each opponent sacrifices an enchantment. • Fear Ray — Creatures you control gain menace until end of turn. (A creature with menace can't be blocked except by two or more creatures.)

Rules and information for Baleful Beholder

In a multiplayer game, each opponent in turn order will choose which enchantment to sacrifice, and they get to know the choices made before them by other players. Once those decisions are made, the chosen enchantments are all sacrificed at the same time.