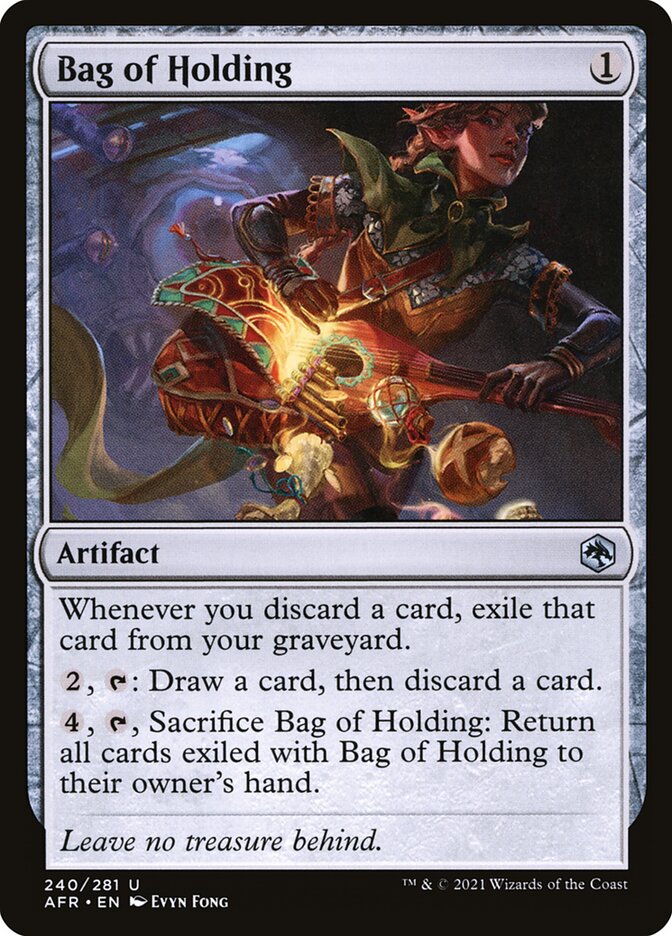 Text of card Bag of Holding

Leave no treasure behind.

Rules and information for Bag of Holding

If you discard a card but that card is not in your graveyard as Bag of Holding’s first ability resolves, that card remains wherever it has moved.

If you control more than one Bag of Holding, you choose which one will hold the discarded card. Other Bags of Holding can’t return that card.

You both draw and discard while Bag of Holding’s second ability is resolving. No player may take any action—nor can anything else happen—until you’ve both drawn and discarded.

If Bag of Holding is moved to exile when you sacrifice it (most likely due to Leyline of the Void’s effect), it remains in exile. It won’t be returned to your hand.